Donald Trump isn’t letting any grass grow under his feet.  The Asian press is reporting that the US has notified them that they are pulling out of the TPP 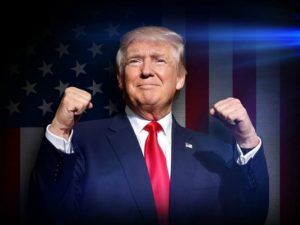 Wikileaks that the press in Asia have announced that Donald Trump has withdrawn the US from the TPP.  That comes on the same day Trump announced the renegotiation on NAFTA begin this week.

Asian press reporting US has withdrawn from TPP. https://t.co/KaSordARO8 states that US will withdraw from TPP https://t.co/61FOG7LiHg

Soon after President Donald Trump was sworn in, his administration announced the U.S. withdrawal from the Trans-Pacific Partnership, a trade pact championed by former President Barack Obama and Japanese Prime Minister Shinzo Abe.

The White House on Friday also wasted no time in declaring a renegotiation of the North Atlantic Free Trade Agreement, or NAFTA. Trump is expected to take a more isolationist, protectionist stance, and the international community is concerned that the U.S. will continue to draw inward.

Trump was sworn in as the 45th president of the U.S. on Friday, repeating his campaign pledges of putting American interests first and restoring national glory to a deeply polarized public.

Next Trump Protester Calls For Trump to Be Beheaded and Burned