This president, or as I like to call him, the people’s President has been acting swiftly on a wide range of policy changes, not the least of those is the White House website.  Within 15 minutes, the entire section on climate change was deleted. 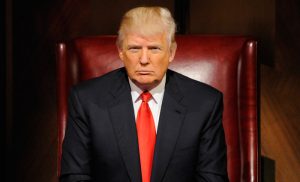 Liberals were already angry about climate change but this addition drove them over the wall.

Standing Up For Our Law Enforcement Community

The Trump Administration is committed to reducing violent crime. In 2015, homicides increased by 17% in America’s fifty largest cities. That’s the largest increase in 25 years. In our nation’s capital, killings have risen by 50 percent. There were thousands of shootings in Chicago last year alone.

Supporting law enforcement means supporting our citizens’ ability to protect themselves. We will uphold Americans’ Second Amendment rights at every level of our judicial system.

President Trump is committed to building a border wall to stop illegal immigration, to stop the gangs and the violence, and to stop the drugs from pouring into our communities. He is dedicated to enforcing our border laws, ending sanctuary cities, and stemming the tide of lawlessness associated with illegal immigration.

It is the first duty of government to keep the innocent safe, and President Donald Trump will fight for the safety of every American, and especially those Americans who have not known safe neighborhoods for a very long time.

Next Giuliani on Women's Protest: 'I’m not even sure they know what they’re protesting.'