Perhaps I used the wrong language in the title.  Trump’s newest move is causing liberals to remain insane.  He has already pissed them off by removing all the pages on climate change.  He then added a page showing support for our police.

But, Trump’s newest move infuriates the left and they will try to make it a campaign issue. 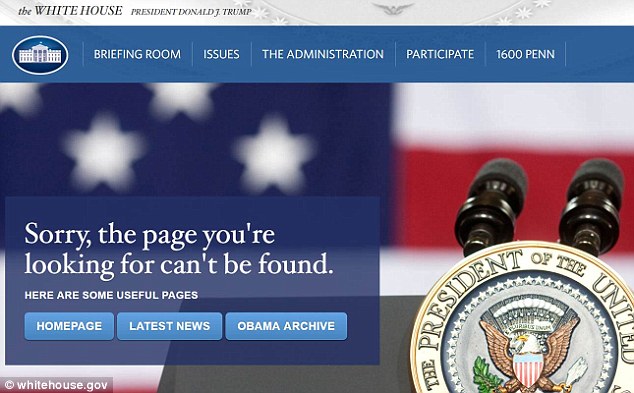 What is it you ask?  That’s what comes up when you try to access the Spanish version of the website, which is now English only.

‘We have a country where to assimilate, you have to speak English,’ Trump declared during a September 2015 debate.

Then-candidate Trump told ABC News weeks earlier that ‘while we’re in this nation, we should be speaking English.’

Trump uttered only Spanish word during the 23 debates and televised forums in which he participated, and it didn’t help him.

‘We have some bad hombres here, and we’re gonna get ’em out,’ he said in an October debate with Hillary Clinton, referring to illegal immigrants who remained in the United States despite convictions for violent crimes.

Next Did you know the US press corps threatened Donald Trump?