His image is so incredible that National Geographic and Physics-Astromony are sharing it worldwide!

Andre Poineau admits that he does not post to his Facebook page often. He knew that the weather would be cold at his cottage at Lake Charlevoix in Michigan, and after one zero-degree night, had to pull his camera to document the wonder.

The temperatures caused the lake to freeze in such a way that it looked eerily clear. Andre took a shovel with him to probe the ice as he walked.

“Plus, if I did go through, the shovel would give me a wide surface to be able to pull myself up on,” Poineau chuckles.

Take a look at his incredible photo that has since gone viral: 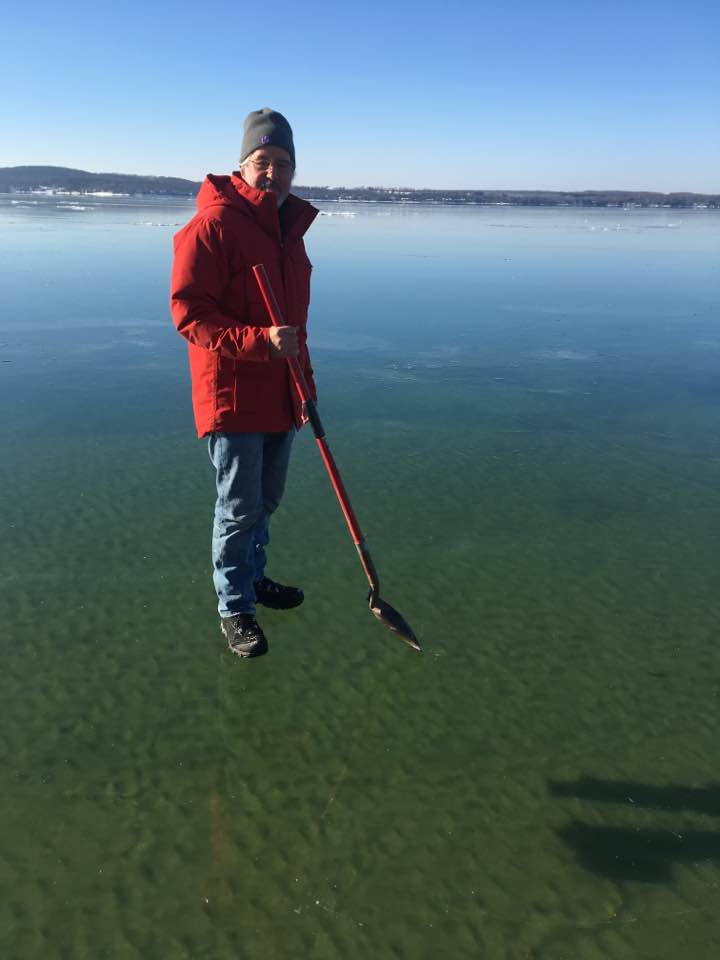 Though he rarely posts on his Facebook page, Poineau put a handful of snaps of himself and a companion treading with care on the glass-clear ice, making it appear as if they were pulling a biblical stunt. No, they’re not faked, he says; they’re just ordinary cell phone pictures taken with an iPhone 6. The pictures have since been reposted tens of thousands of times on sites around the Internet.

“I don’t think there’s any great mystery to why it happens,” Poineau says. “When the wind is dead calm and the water is at or below freezing, it goes perfectly like that.”

Physics-Astronomy shared the photo, and it has been shared tens of thousands of times so far.

Lake Charlevoix in Michigan right now. The clearest frozen water you will ever see…!! Image taken by Andrew Poineau.

The image is so beautiful that it makes one want to travel there, though the cold temperatures are certain to grab the attention. This is what happens on an extremely cold night when there is little or no wind.

Mother Nature can be amazing, right?