People worldwide are scratching their heads over a viral photo of the Great Wall of China. Can you spot what is going on?

At a glance, the photo appears to be perfectly normal. A tourist, dressed in jeans, a hat, and a white t-shirt poses for a photo while smiling and leaning against a wall.

What is going on in the background, though? Two people are walking, apparently defying gravity by strolling at a 90 degree angle.

Here is another glance: 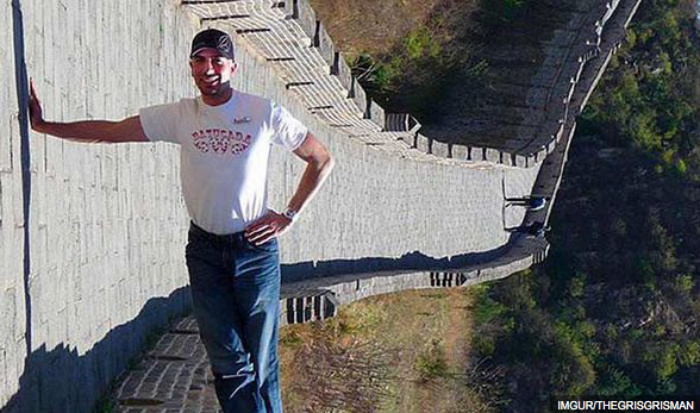 So, what could be the cause of this mysterious image? Here’s another view that will shed some light on it: 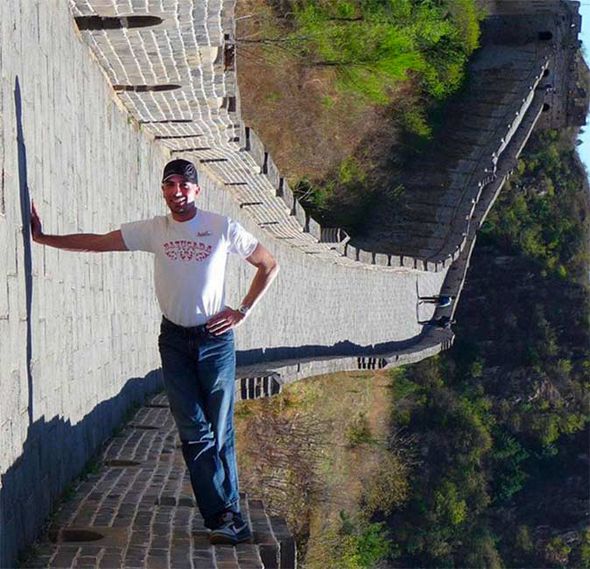 The problem is not in the background, but the foreground! The man is leaning on one arm, with his feet against the wall. The image and/or camera were also turned to assist in the illusion. If you look closely, you can see that the man is a bit strained. After a viral firestorm, the mystery has been solved!

One thing is certain, however: that wall is massive! A closer study reveals just how massive it actually is.

The Great Wall of China contains 3,873,000,000 bricks and was constructed somewhere around 210BC. Incredible! How big is it?

Thanks to the modern measuring techniques, and after an archaeological survey taking more than five years, the total length of the world’s largest man-made structure had been finally revealed in 2012, as 13,170.69 miles (21,196.18 kilometers). The surprising length is more than twice as long as the previous estimates.