This is reminiscent of the good old days when Bill Gates’ Microsoft was accused of stealing software from other companies and getting slapped with fines.

You would think a company the size and as rich as Facebook would be able to develop a Virtual Reality system without making dumb mistakes like this.

A U.S. jury in Texas on Wednesday ordered Facebook, its virtual reality unit Oculus, and other defendants to pay a combined $500 million to ZeniMax Media Inc., a video game publisher.

The jury awarded the sum after determining that Oculus executives violated a ZeniMax non-disclosure agreement in the early days of building the Oculus Rift VR headset.


However, it decided that Oculus wasn’t guilty of misappropriating trade secrets, another of ZeniMax’s charges. 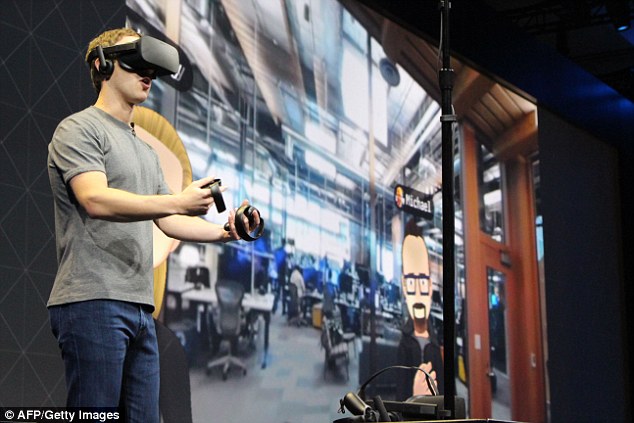 The jury in federal court in Dallas found Oculus, which Facebook acquired for about $2 billion in 2014, used ZeniMax’s computer code to launch the Rift virtual-reality headset.

An Oculus spokesperson told Polygon that ‘the heart of this case was about whether Oculus stole ZeniMax’s trade secrets, and the jury found decisively in our favor.’

The firm said it would appeal the verdict.

ZeniMax had alleged that video game designer John Carmack developed core parts of the Rift’s technology while working at a ZeniMax subsidiary.

Well-known for helping to conceive games such as ‘Quake’ and ‘Doom,’ Carmack worked for id Software LLC before that company was acquired by ZeniMax.

He is now the chief technology officer at Oculus.

Facebook chief executive Mark Zuckerberg testified last month during the three-week trial that none of ZeniMax’s proprietary code was incorporated into the Rift.

The 32-year-old swapped his typical hoodie, gray T-shirt and jeans for a crisp business suit as he defended Facebook’s VR headset in a Dallas court today.

The lawsuit, filed in May 2014, alleges that former id Software co-founder John Carmack stole the firm’s intellectual property when he left the company to become Oculus’ chief technology officer in 2013.

Facebook shipped the first Oculus Rift headsets in March 2016 at a price of $599.

The billionaire told the court he had ‘never even heard of ZeniMax before’ and said his legal team would not be spending much time on something they didn’t think was credible.

Zenimax – the parent company of id Software which has produced iconic video games such as Doom – also claims Facebook purchased Oculus with ‘full awareness’ that Carmack allegedly stole the tech.

During opening remarks, a lawyer called it ‘one of the biggest technology heists ever.’

Facebook have denied all claims, and have stated that ZeniMax filed the suit as a ‘transparent attempt’ to profit from their purchase of Oculus.

The Facebook CEO also revealed for the first time that the company actually paid $3 billion to buy Oculus – rather than the widely reported figure of $2.3billion.

He said Facebook paid an additional $700 million to retain employees and another $300 million payout for hitting targets. 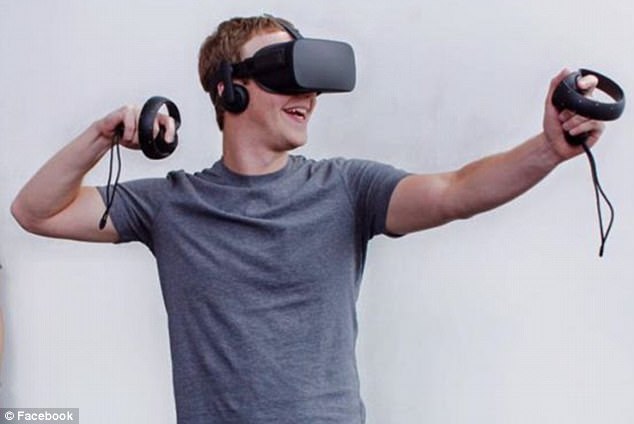 In 2014, Facebook bought Oculus VR, betting early on the future of virtual reality. But the firm is now being sued by ZeniMax, a rival software company, on claims of stolen technology and a false cover story

ZeniMax’s lawyer Tony Sammi asked Zuckerberg: ‘If you steal my bike, paint it, put a bell on it, does that make it your bike?’

To which Zuckerberg replied ‘no.’

He also pressed the billionaire for an answer as to why Carmack allegedly had code and more than 10,000 documents from his former company.

‘No, I wasn’t aware of that,’ Zuckerberg responded. ‘It’s something we should investigate.’

Zuckerberg also said that Carmack has not been disciplined over the allegations because ‘it would be wrong to discipline employees for claims that we believe are wrong.’

Now experts say soon VR tech such as the Oculus Rift could be coming to the workplace.

Virtual business meetings will replace conference calls, as the technology has started to be tested in offices worldwide – and this could happen in the next couple of years.

Zuckerberg showed off the firm’s first attempt at social software for the Oculus Rift headset at the Oculus Connect conference in San Francisco.

He also revealed the firm was developing a new midrange VR headset, and said its eventual aim was a pair of VR and AR sunglasses.

The new software allows people to join the same virtual space, and do everything from watch a video to be transported to the surface of Mars.

Next REPORT: Obama May Challenge Trump More Forcefully In The Coming Months