The military convoy seen flying a Trump flag in Kentucky Sunday belonged to a SEAL unit, the U.S. Navy has confirmed.

A video of the convoy spread online Sunday after a woman spotted the flag outside Louisville, Ky. Lt. Jacqui Maxwell of the Naval Special Warfare Group 2 in Virginia Beach, Va., said a command inquiry is underway into the “unauthorized” flag.

“Defense Department and Navy regulations prescribe flags and pennants that may be displayed as well as the manner of display,” Maxwell told ABC. “The flag shown in the video was unauthorized.”

Maxwell said the convoy was transitioning between two training locations and consisted of service members assigned to an East Coast-based Naval Special Warfare.

Military regulations advise against implying Department of Defense endorsement for any “political candidate, campaign or cause.” 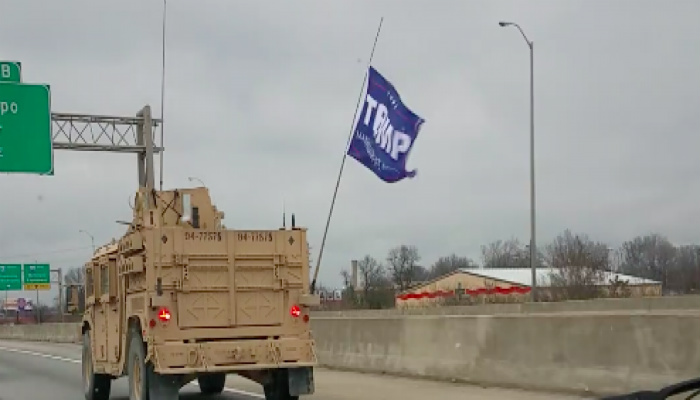 Next REPORT: SEALs Knew ‘They Were Screwed From Beginning’ In Fatal Yemen Raid