An American woman was thrown into a Mexican jail after customs officials found over-the-counter Sudafed pills in her purse.

Jessica and Jordan Carver, a married couple from Utah, landed at the airport in Puerto Vallarta, Mexico, on March 28 to enjoy a resort vacation with their family, KSL reported. Before they could head to the resort, however, they were randomly flagged for a customs inspection.

“They looked through our bags, and [the customs agent] was going through my purse and found my Sudafed,” Jessica told KSL on April 5.

According to Jordan, a man then came up to the couple a few minutes later and said the pills were “a substance that’s not allowed in Mexico.”

Jessica, who had seven or eight Sudafed pills in their original packaging, said she thought the situation would only take a couple of hours to clear up.

Instead, she was detained for a total of 24 hours.


After being held at the airport for about seven hours, Jessica refused to sign some documents in Spanish admitting to breaking the law. At that point, she was told that she would be taken to the local district attorney’s office for further detainment.

“Two other guys came up and grabbed me and threw me down on the chair while two other girls grabbed Jessica and were yanking her out of her chair,” Jordan said.

Jessica said the physical encounter left her with a sore arm the next day.

The couple was reportedly taken to a building with several holding cells, where Jessica had to stay overnight under the watch of a guard.

The next morning, local authorities escorted her to a doctor’s office for an examination.

The young woman was finally freed after negotiations between local authorities, an official from the U.S. Consulate in Mexico, and an attorney retained by the family for a cash fee of $1,500. 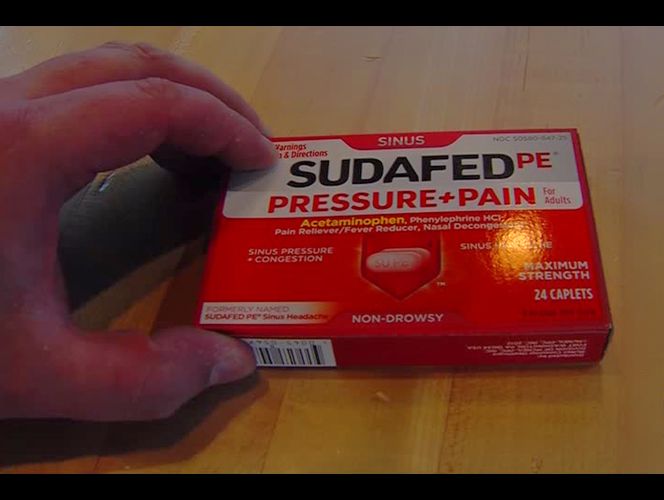 The couple said they believed they were the target of a customs scam.

“We were floored and we were dumbfounded that this had happened because of the Sudafed,” Jessica said. “I didn’t feel like I did anything wrong, and it was just frustrating. We felt like we had no rights.”

She added that at some point during the 24-hour ordeal, she was asked to obtain a doctor’s note or prescription for the pills but then her relatives were allowed to hand the document through security.

The Carvers said that once Jessica was freed, officials asked her whether she wanted her Sudafed back and advised that they could buy more at the local pharmacy. The couple added that the resort where they were staying also sold similar products.

This was not the first time Americans traveling to Mexico have been detained for possessing over-the-counter medicine and forced to pay thousands of dollars to free themselves.

Earlier in March, a 60-year-old Chicago man was detained in Puerto Vallarta after customs agents found sinus medication in his luggage, CBS 2 reported at the time.

He was released after his fiancee, who was traveling with him to celebrate their engagement, hired an attorney for $2,500.