Rahm wants Democrats to use the mode of “win at any cost“, not realizing that that is how most Democrats run their campaigns and in this recent election cycle Americans declared they are sick and tired of it.

Good luck, Democrats, because you’re going to need it.

Mayor Rahm Emanuel has warned Democrats they need to “take a chill pill” and realize that they are not going to take back national power anytime soon.

“It ain’t gonna happen in 2018,” Emanuel said Monday at Stanford’s Graduate School of Business in California. “Take a chill pill, man. You gotta be in this for the long haul.”


As he did last month at an event in Washington, D.C., the mayor expanded on what he believes is the road map back to power for his party — putting moderate candidates such as veterans, football players, sheriffs and business people up in Republican districts, picking battles with Republicans, exploiting wedges within the GOP and fighting attempts to redistrict Congress on partisan grounds.

But this time he didn’t hold back on his frustration with some of his fellow Democrats.

“Winning’s everything,” he said. “If you don’t win, you can’t make the public policy. I say that because it is hard for people in our party to accept that principle. Sometimes, you’ve just got to win, OK? Our party likes to be right, even if they lose.”

He added, “I don’t go to moral victory speeches. I can’t stand them. I’ve never lost an election. It’s about winning, because if you win you then have the power to go do what has to get done.

“If you lose, you can write the book about what happened — great, that’s really exciting!” he said, sarcastically. 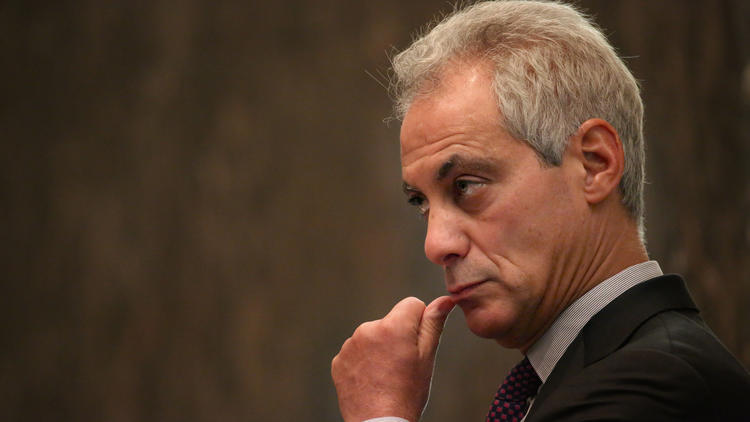 Instead, he said, Democrats should focus on the GOP. “Wherever there’s a disagreement among Republicans, I’m for one of those disagreements,” he said. “I’m all for it. The president’s with Russia? I’m with John McCain and Lindsey Graham, I’m for NATO! Why? (It’s a) wedge. Wedges have to be schisms, schisms have to be divides.”