The much-ballyhooed “Day Without Immigrants” turned out to be a day without many protestors or any political impact, but with many Mexican flags, angry slogans, and a muted social-media response by amnesty advocates.

Out of all the makeshift placards and signs held up at demonstrations throughout the country on a Day Without Illegals, the word Immigrant appeared as a constant theme, but another constant was that the word “illegal” was missing from all of them.  Not one sign said Illegal Immigrant, and that’s what the issue is.

In some cities they thought they were being clever by holding up signs that insulted President Trump, not realizing that Donald Trump was elected precisely to stop the flow of illegal aliens coming into the country and eating up our resources.  Insulting President Trump is insulting our country and its citizens.

The reason this day was a complete flop was because the protesters started out with a false premise and it was palpable.  They believe American citizens are against them being here out of hated for their being Mexican.  That is what the American Left has taught them, since that guilt trip has worked so well for them over the years.  However, American citizens aren’t buying it anymore.  They are tired of being labeled haters for simply wanting the law to be enforced.  Illegals present many problems for our country, not the least of it being crime.

When it gets to the point where illegal aliens demonstrate openly in the streets to demand respect for being here illegally that just deepens the resolve to support what Trump is doing to bring some sanity back to our immigration policies.

The Thursday turnout in most cities was few hundred protesters, despite some employers shutting their workplaces. But organizers did get a turnout of several thousand people in North Carolina and Chicago. NBC described the national turnout as merely “thousands,” despite an estimated population of roughly 11 million illegals.

In recognition of the low numbers, the response from pro-mass immigration politicians and activists was muted. Douglas Rivlin, Director of Communication for Democratic Illinois Rep. Luis Gutierrez, tweeted nothing about the marches. Neither did the National Immigration Forum. Linda Sarsour, Muslim organizer of the Women’s March, simply tweeted “solidarity.”

Although the event was a political dud, the organizers will likely use it as a basis for larger, future protests.

The organizers claimed they represent roughly 31 million immigrants and roughly 11 million illegal aliens. If the organizers turned out 30,000 protestors, that represented 0.27 percent of the illegal population, and 0.097 percent of the immigrant population, most of which was at work in in school during the scattered protests. Even though employers shut their workplaces, many of the missing illegals were likely hard at work in their low-wage second or third jobs.

While there are panoramic photos of the two largest demonstrations in Chicago and Charlotte, N.C., photographs from the small demonstrations tend to be ground level and also close up. which allows the photographers to hide the small scale of a group from viewers.

Activists are blocking major intersection in #DC at U St NW and 14th St NW for #DayWithoutImmigrants pic.twitter.com/j23CIeBRUR

Just 250 people, at most, turned out in Reading, Pennsylvania.

Long Island also has a large immigrant population, and a major problem with MS-13 gangs, but the demonstration was very small.

A small turnout in Minnesota, whose population includes tens of thousands of Somalis.

The growing foreign-born population in Tennesee provided a small contingent.

The turnout in Texas was very small, in a state with a huge population of immigrants and illegal aliens.

There was a medium-sized turnout in Grand Rapids, Michigan.

Here are two images of the Washington event. 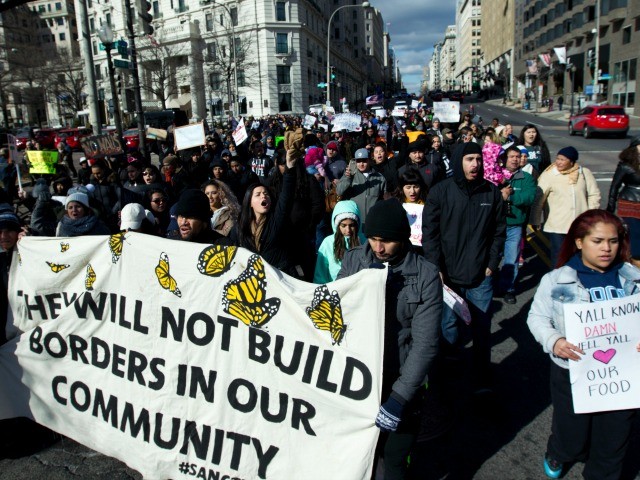 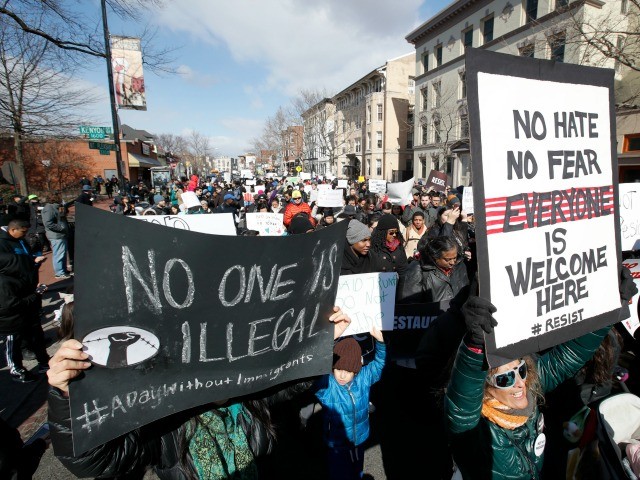 The biggest turnouts were in Chicago and Charlotte, where city officials estimated the turnout at 8,000.

Some demonstrators waved the flag of their home countries, underlining their identity as foreigners from countries whose primary exports include cheap labor for U.S. employers. 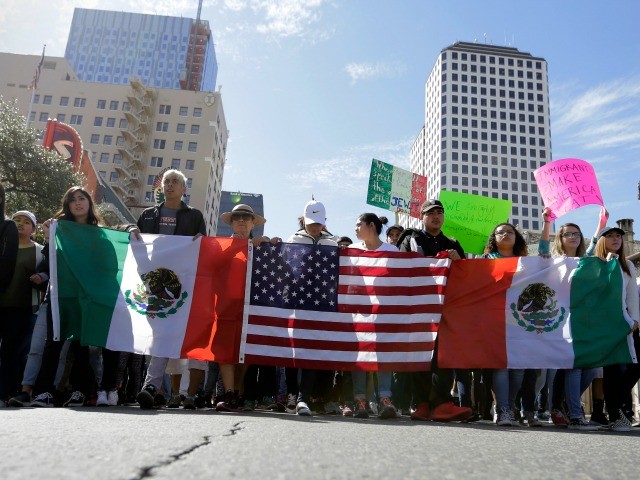 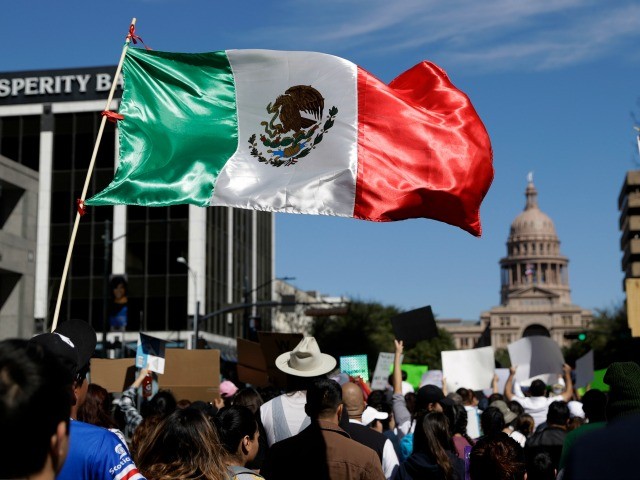 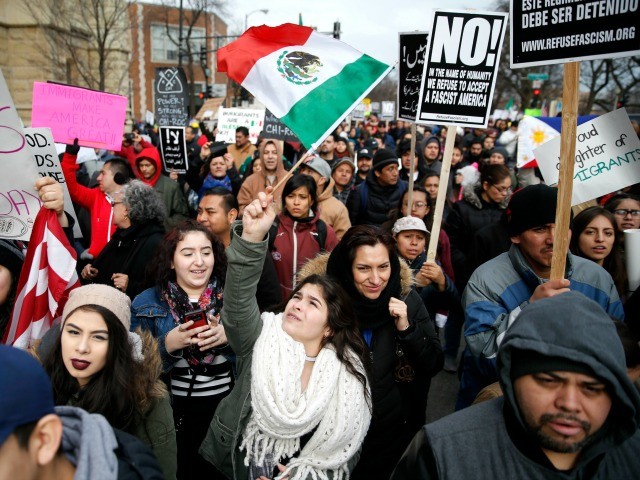 In Chicago, one set of protestors listened to Spanish-language speeches under the flags of Mexican, Ecuadorean, and El Salvador.

Pro-American immigration reformers noted the failure of the protests.

The problem with a general strike is that if it doesn't actually work, it exposes its organizers as paper tigers. #daywithoutimmigrants

Next Trump Declares CNN & Others as 'Enemy of the American People'