A power-lifting champion has sustained horrific injuries after an alleged road rage incident in which a beer bottle was hurled through her window.

Western Australia’s strongest woman Kat Becker, 33, was driving with her partner Rie Rumbold in Wundowie in Western Australia on Saturday night when the frightening incident unfolded.

According to police Ms Dowie went through a give way sign and ended up in front of the accused who proceeded to follow her for 20 minutes before pulling over, getting out of his vehicle and hurling the glass bottle through her window. 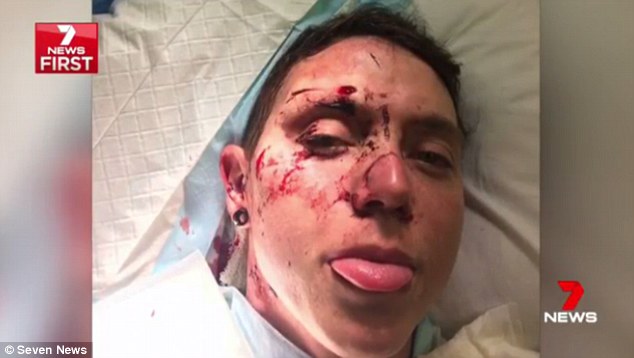 
Ms Dowie needed surgery to re-attach part of her nose to her face and nearly lost her right eye in the unprovoked attack.
Ms Becker took to Facebook on Saturday to talk about the frightening incident.

So last night something extraordinary happened and it’s put my journey to Pro Raw nine in some serious jeopardy. Not to mention my life there for a moment,’the post began.

Rie and I were assaulted by a random stranger in road rage attack. After ramming our car, a bottle of beer was thrown through the drivers window and into my face.

‘Good thing I ducked a bit. Rie is ok… traumatised as, but ok. So a huge amount of blood loss and a police escorted high speed journey into Saint John of God in Midland had me sorted pretty quick. 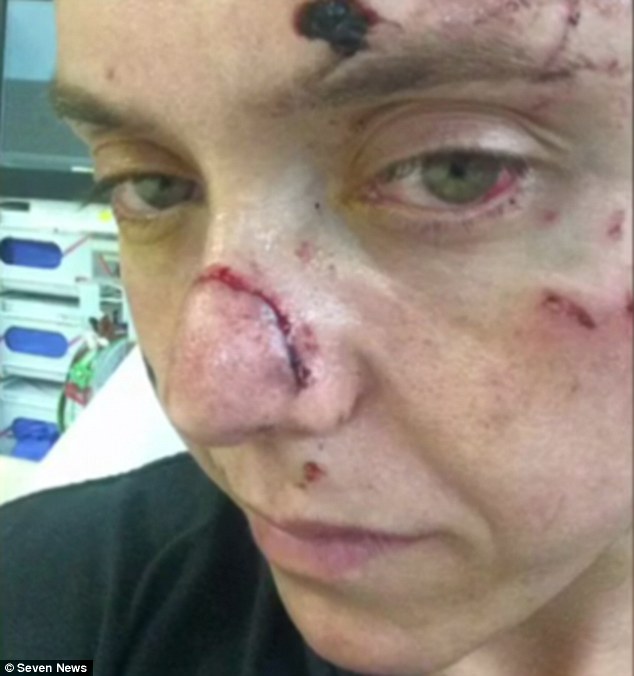 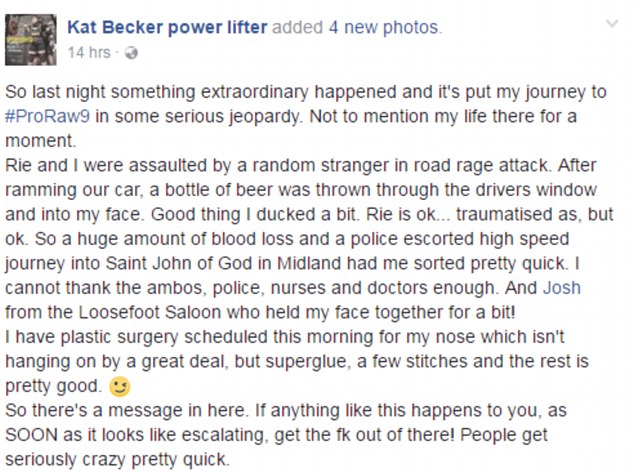 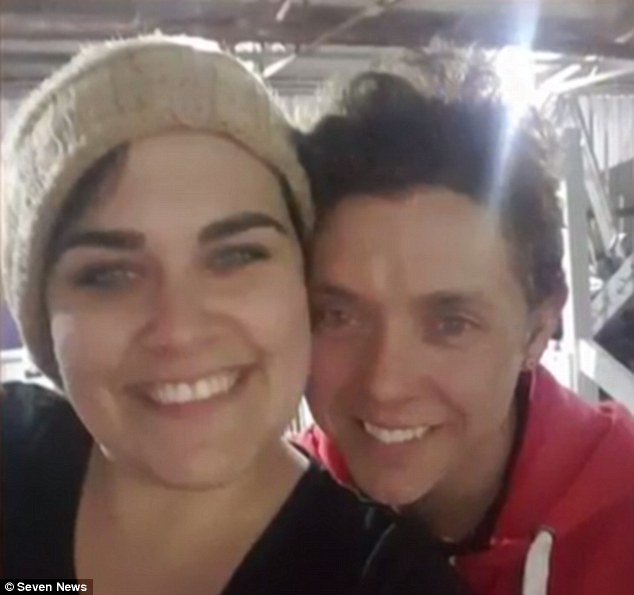 ‘I cannot thank the ambos, police, nurses and doctors enough. And Joshfrom the Loosefoot Saloon who held my face together for a bit!

‘I have plastic surgery scheduled this morning for my nose which isn’t hanging on by a great deal, but superglue, a few stitches and the rest is pretty good.

‘So there’s a message in here. If anything like this happens to you, as SOON as it looks like escalating, get the fk out of there! People get seriously crazy pretty quick.’

Ms Rumbold spoke to 7 News about the ‘scary’ incident and the the injuries her girlfriend suffered.

‘There was blood coming from all the gashes on her face, it was pumping out,’ she said.

‘It was very scary

A 27-year-old man has been charged with unlawful wounding.


Previous Watch How Lizard Responds to Human By Waving Back! [VIDEO]

Next Cocky MMA Fighter Gets Knocked The F##k Out! [VIDEO]