Democrats are slow walking Trump’s appointees through the Senate.  You would have learned that anything they do, republicans can do down the line and more effectively as they hold the majority and can vote down every single nominee.  Already they have been getting killed because the democrats killed the filibuster rule in order to get extremists confirmed.

Kellyanne Conway was a guest on the Hugh Hewitt Show and Hewitt asked her about recess appointments.  Conway confirmed that they are on the table and can be made as of March 22nd.  She also added that all options are on the table.

HH: Now, so I’m going to use this opportunity to lobby. There was a 2014 decision, NRLB V. Noel Canning that said the President can’t use the recess appointment power when the Senate’s not actually in recess. It actually has to be in recess of a sufficient length. I think if you nominate the deputy secretary of State, the deputy Secretary of Defense, the undersecretary for policy at DOD, the P at State, a solicitor general, perhaps, that might be of particular interest to you, they can all be recess appointment on March 22nd. Have you talked about that? Would you push that, because we’ve got to stand up this government, and Senate Democrats are not going to do anything to assist us in getting going. 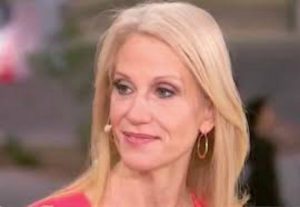 KC: Everything’s on the table. All of that is being discussed, Hugh. And you make some excellent points. You’re right about the Democrats. I mean, to see sort of congenital, presumptive obstruction and negativity is very concerning, because it just means that the government can’t function fully, and that they’re obstructing regardless of who the individual is that’s being considered, regardless of the post that needs to be filled. And it’s very frustrating You see a record number of cabinet nominees being obstructed, and they’ve attempted to humiliate them. So far, all but one have gotten through. And it’s just, we need a government that functions. We still don’t have the Commerce Secretary approved. We don’t have Agriculture. We don’t have HUD. We don’t have any number, and some of the others are new, just in the last week or so.


One appointment that wasn’t discussed but could certainly be made is Gorsuch for the Supreme Court.  As it stands now with his hearing not due until just about recess time , the only way he can be involved in many of the decisions coming up is to be appointed or confirmed before the end of March.

Next It Could Only Happen in Sweden..Paid Sex Breaks