A South Carolina spine surgeon was making his way to his spine practice, when he spotted himself being followed by what he thought was a dog.  He casually opened the door and as he was walking in the creature sped up and followed him into the building at which time the surgeon realized it was a coyote as it bared his teeth.  The doctor ran out of the building with the coyote in pursuit.

Poletti said at first glance he thought the animal was just a wandering dog but quickly discovered otherwise.

He said to WSCS-TV: ‘When it brushed by my leg and turned around you could see clearly it was a coyote or a wolf.

‘It kind of bared its teeth and started growling, and right then I knew it was a coyote.’

The video shows the doctor calmly walking towards the building’s door, with a cup of coffee in hand.

As he uses his pass to open up the door, the coyote swiftly comes up behind an unsuspecting Poletti.

The two enter the office and before the door swings shut, Poletti is seen running away from the building with the animal hot on his heels. 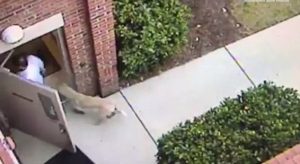 He told the news outlet: ‘I kind of put my hands up and jingled my keys and the coyote took a step back and basically I came back here and pushed the exit button and took a run for it.’

Poletti runs off camera as he exits the building. He said the coyote followed him until it became distracted by a squirrel and then hung around the office for another ten minutes.

He then informed the incident to the Mount Pleasant Police Department who referred him to animal control but was told he would have to privately hire a trapper to catch the coyote. 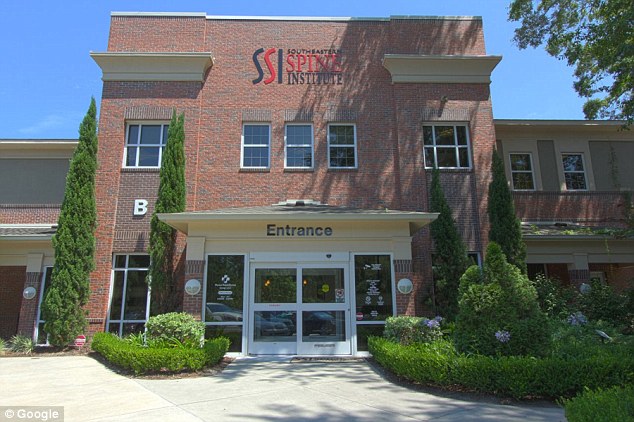