Previously, Harrison Ford had a bad crackup in his plane as he was working on a new Star Wars movie, that left him badly injured.  How ironic that he should be seriously injured in a plane wreck when he had been able to survive so many battles against the emperor’s storm troopers and Jabba the Hut.

Then just last week, he flew dangerously right over a large jumbo jet as he came in for a landing.   Someone needs to pull his pilot’s license before he kills someone or a large number of someones.

In the following video, you will get to see just how close he was to disaster.  You will see him pass over the jet as he comes in for his landing.  Liberals should never be allowed to be pilots because they are all so delusional.

Another video was shot from another angle, looking down the runway as Ford flew in to land.

His Husky plane was seen over the top of the American Airlines plane, which came to a halt after Ford flew in and landed on the taxiway.

It was revealed last week Ford asked air control, ‘Was that airliner meant to be underneath me?’ just seconds after the incident on February 13.

The Federal Aviation Administration said controllers had given Ford clear instructions to land on the runway, as landing on a taxiway is a safety violation.

They say the actor read the instructions back yet still somehow ended up aiming for the taxiway. 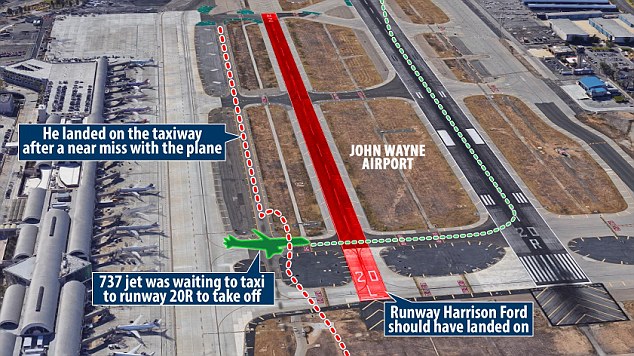 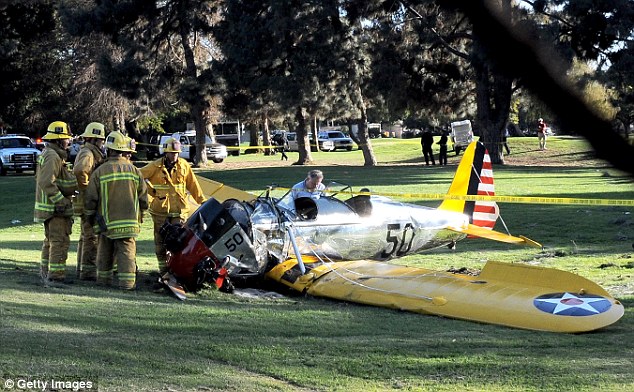 
Previous Can You Spot the Baby in This Picture (PUZZLE)