Police believe James Lloyd and Petra Reese are connected to the murder of 53-year-old Karen LaForge in January.

Reese is the ex-wife of LaForge’s fiance, Joe Reese, and Lloyd is a known associate of hers. Lloyd, 31, is from Milton and Reese, 55, is from Grove Town. Petra Reese was taken into custody on March 2 and charged with the murder of her ex-husband’s new fiancée.

On February 28, the Roswell Police Department also arrested James Lloyd, 31, on a count of murder in connection to the January 17 killing.

At approximately 1:30 pm on January 17, 56-year-old Joseph Reese called 911 after he found his fiancée, Karen LaForge, unresponsive outside his home in Roswell. LaForge was not breathing when the responding officers arrived at the address. She was pronounced dead at the scene. 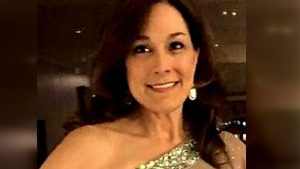 LaForge, mother of three children, died of strangulation and blunt force trauma to the head. Police said they don’t believe there are any other suspects, but they’re continuing to investigate as they receive tips.