Students at an elementary school in Scotland honored their class goldfish by sending them off in a Viking funeral.

The two class pets Bubbles and Freddy died as Primary 3 and 4 students at Papdale School in Kirkwall were learning about Vikings, their gods and Valhalla, and their teachers decided to bring their lessons to life by having them build special ships to send the pets off. 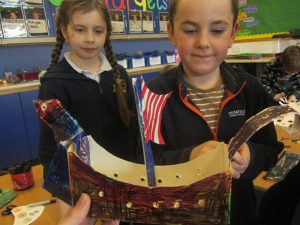 The students then shared memoirs they had written for the goldfish, that were given to the class as Christmas gifts, before sending the boats sailing down a stream.

Each of the students placed their boats to float down the stream and set the ship containing Bubbles and Freddy aflame to send them to the afterlife.

Next Alarming: Family Went Out To Celebrate Birthday Ends Up Bringing Kids To Hospital After Drinking Apple Juice