Seventeen-year-old Shelby Allen, an athlete, honors student, and avid shopper, begged for her older sister Tera’s permission to borrow her VW Beetle for the occasion; she even offered to “detail” it.

“I told Tera it sounded like a pretty good deal to me,” Debbie Allen, the girls’ mom, remembers with a smile. Debbie had no qualms about giving her daughter permission to head out and spend the night at her best friend Alyssa’s house. “We knew Alyssa; we knew her parents,” explains the soft-spoken 55-year-old mom. 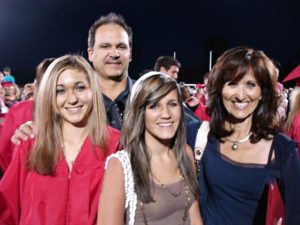 Though Debbie’s manner may be unassuming, she’s always been known as one of the stricter parents in her neighborhood, thanks to her tough-as-nails career in law enforcement. At 21, she was a correctional officer in a men’s state prison; 10 years later, she worked as a bodyguard for California’s governor and his family before leaving the capital to raise her family in rural Redding, California.

It’s a place with a small-town vibe, where a teenage girl won’t get away with much, especially if everyone knows her mom is a former cop and her dad is a labor rep for most of the public employees who live there.


A 17-year-old Redding girl was arraigned in Shasta County Juvenile Court on felony involuntary manslaughter and other charges in connection with the alcohol-poisoning death of Shelby Lyn Allen.

The girl, who is also charged with providing alcohol to a minor and providing alcohol to a minor resulting in great bodily injury or death, both misdemeanors, did not enter a plea during the brief hearing that was attended by her parents and Allen’s family. The charges was made after an extensive review of the case that included in-house discussions and talks with juvenile probation officials and the girl’s attorney. There were no charges against the accused girl’s parents, who reportedly warned the girls before going to bed that there was to be no drinking.

Shelby Allen, a popular 17-year-old Foothill High School junior who eyed a future career in the film industry, was found dead at an Old Alturas Road home between Redding and Bella Vista after several hours of heavy drinking there. The home is owned by the parents of the girl who’s on trial.

According to a coroner’s report, Allen went with her 16-year-old friend to the home where they met a third friend, age 14, and started drinking alcohol after everyone else in the house was asleep. All told, there were six people in the house aside from the three girls.

Allen, who weighed 107 pounds, reportedly had 16 or 17 straight shots of vodka and became ill, the coroner’s report said. One of the girls led Allen to a downstairs bathroom and propped her next to the toilet so she would not choke if she got sick, the report said.

The girl allegedly left Allen in the bathroom and went to bed, the report said.

Allen’s body was found later in the morning still propped up against the toilet.


Previous Let This Be A Lesson: 23yr Old Who Found $20 Lying On The Ground, Ends Up With A Criminal Record

Next Shocking: Teacher Gives The Police A Horrifying Letter She Received From Her 12yr Old Student