A homeowner was terrified after hearing a large bang while relaxing in his house early in the morning, according to a video that was uploaded to the Internet. 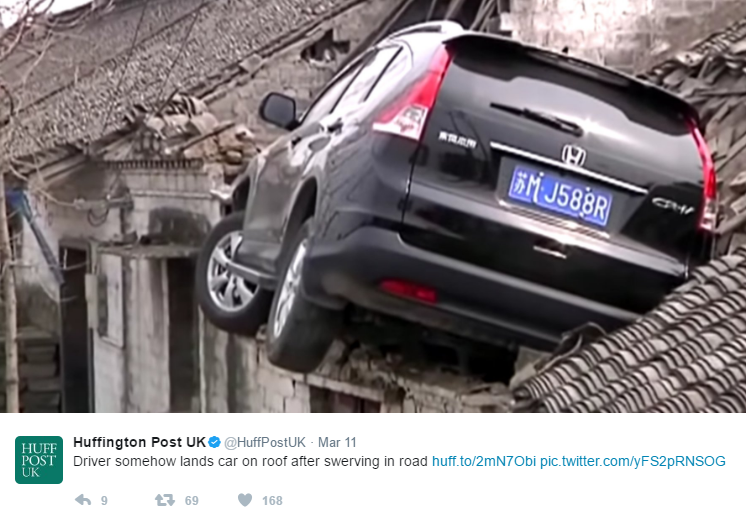 The driver of a car said that his vehicle spun out of control while trying to avoid hitting a cyclist in the streets of Taizhou, China.

The incident unfolded on Friday morning. A surveillance camera recorded the moment the car spun out of control, and landed on the roof of a nearby home.

The driver of the car was trapped on the roof for more than 30 minutes until before he was taken down with the help of a ladder.


The car was removed from the roof of the home with the help of a crane. The homeowner said that he was startled by the loud noise.

When he went outside to check what happened, he saw the car on his roof. The driver told police that he was driving on the road when the cyclist suddenly appeared in front of him.

Instead of hitting the brakes, the driver accidentally accelerated, causing the vehicle to spin out of control. The roof of the home collapsed and the car suffered dents.

The video of the incident was uploaded to YouTube, where it racked up more than 700,000 views.