Jean Rolex Fleurine , 32-year-old Jean of North Miami, Florida, responded to an ad on a website soliciting sex. He was jailed after he took his young daughter along on a trip to meet a prostitute.

He sent text messages to the woman and they agreed on a price for sex. He was supposed to meet the prostitute for sex at a hotel.

However, what he did not know was that the “prostitute” was an undercover Harris County Sheriff’s deputy.

While getting ready to meet the woman, Fleurine sent her a text message, saying that he does not have a babysitter and he asked if it was okay to bring her daughter.

“I will come with my daughter is that ok? She won’t know what’s going on,” he wrote.

When Fleurine arrived, he told his 6-year-old daughter to sit on the hotel bed. He turned on the television and turned up the volume.

He then went into the bathroom, hoping to have sex with the woman, but was instead arrested, police said.

During the trial, Fleurine came up with a unique excuse for his actions. According to prosecutors, Fleurine told the court that he was “conducting research on the sex industry” when he went to meet the woman.

Fleurine was sentenced to 90 days in prison for prostitution and he received a $1,000 fine for bringing his daughter with him. 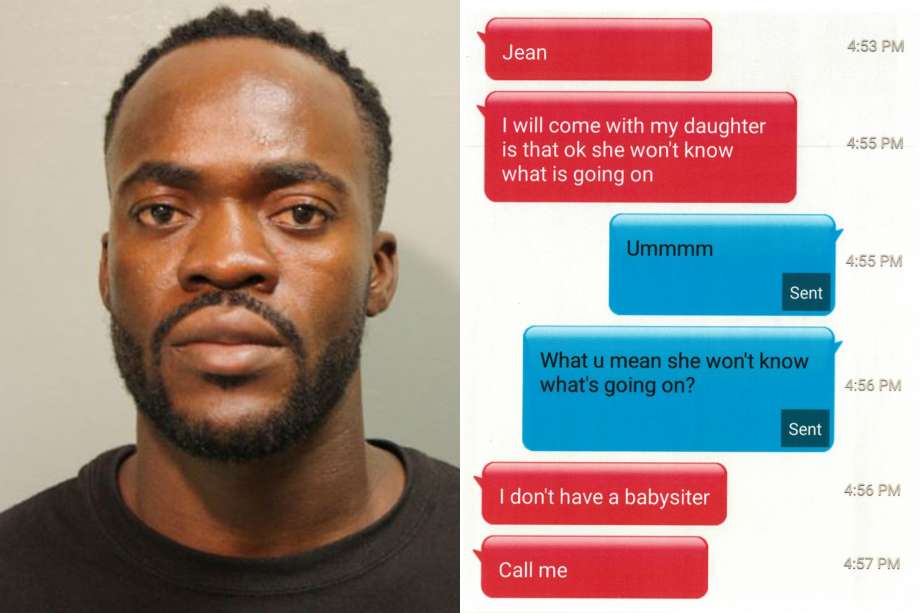 Next Woman Caught On Video Brutally Beating Toddler, Then Threatens To Kill Him