This is the moment the Parliament terror attack suspect is wheeled into an ambulance after being shot by police.

The man, who was reportedly ‘Asian’ in appearance, entered the grounds of the Houses of Parliament and stabbed a policeman just after 2.30pm this afternoon. 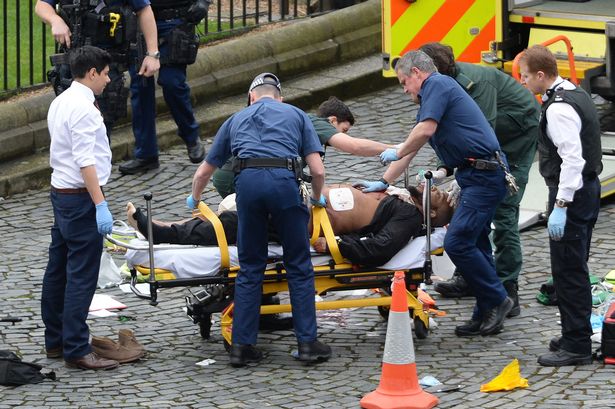 It came after a 4×4 car mounted the pavement on Westminster Bridge and mowed down up to ten pedestrians and cyclists.

At least two people have been killed with others suffering catastrophic injuries.


Pictures showed armed cops standing over a man as he lay prone on the floor. A knife could be seen on the floor nearby.

Armed cops were seen standing over him with guns levelled at him while ambulance crew treated him.

Next This Mother Intentionally Left Her Toddler At The Grocery Store