A man has to endure excruciating pain for 12 hours after his manhood got stuck in a metal ring that he used to enhance his sexual performance. 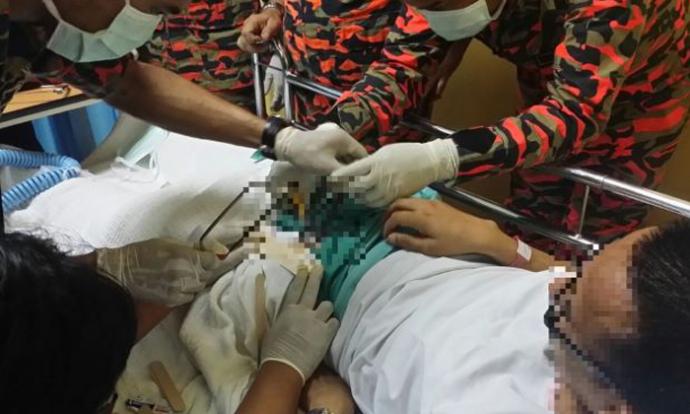 The 20-year-old boy asked the assistance of a Penang Hospital medical staff but they failed to take the ring. It started swelling, giving him excruciating pain. They also ask help from the Penang Fire and Rescue Services Department. They successfully removed his penis from the metal object using pliers.

The operations commander of the Perak Road fire station, said that the boy tried to remove the ring on his own using soap and oil, but failed. Inquirer and The Sun Daily reported that the unnamed patient is already stable but still under observation for further treatment.

Do you think it is safe to use inorganic objects to enhance sexual pleasure? What can you say to the people who use these materials? Let us hear your opinion in the comment section below!

Next SHOCKING: Two Men Trying To Rape A Female Martial Artist End Up In Coma [PHOTOS]