IVORY COST –  A baby was born with her undeveloped twin sister, causing her to have four legs and two spines, according to doctors in Illinois.

When Nancy Swabb learned about 10-month-old Dominique, she decided to take in the baby in her home and care for her throughout surgery and recovery. 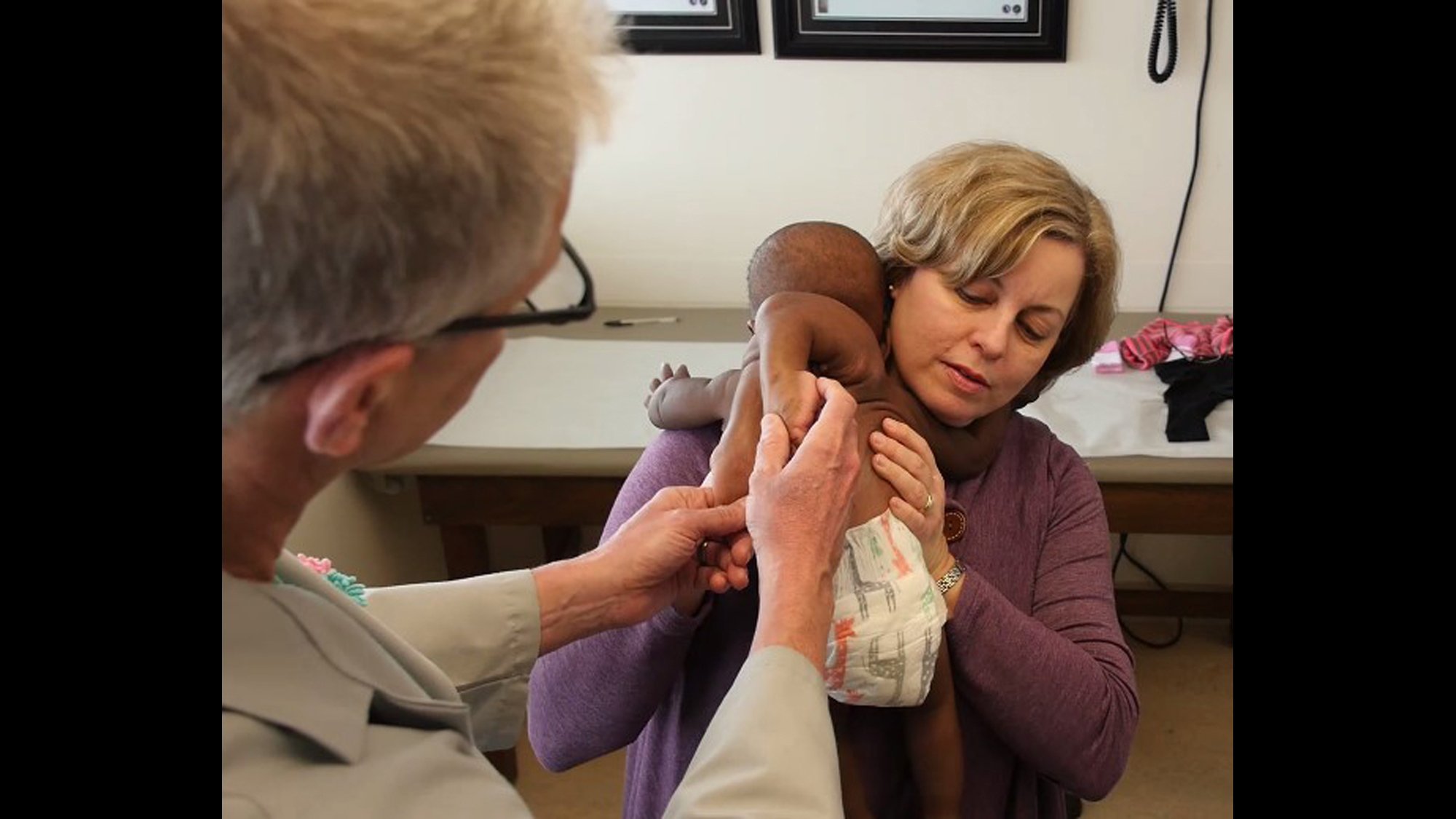 Doctors at the Advocate Children’s Hospital, said that Dominique was unable to turn over and sit up. Dominique was born with remnants of her conjoined twin protruding from her neck and back.


A team of 50 clinicians, including five surgeons performed a difficult surgery to remove the underdeveloped twin sister, and reconstructed her back and spine.

After the successful surgery, Dominique was sent to rehab. In about a month, Dominique will be sent back to her parents in the Ivory Coast.

“Baby Dominique was born with an undeveloped parasitic conjoined twin that caused her to be born with four legs and two spines. Learn about her exceedingly rare condition, the highly-complex surgery performed at Advocate Children’s Hospital, and how her life has been changed forever,” the Advocate Children’s Hospital wrote on Facebook along with a video explaining her surgery and recovery.