Erwin Valmoria Macua, 38, is still on duty hours before he graduates with honors. He is still working the night shift as a security guard at the Catholic-run St. Theresa’s College (STC) in Cebu City. 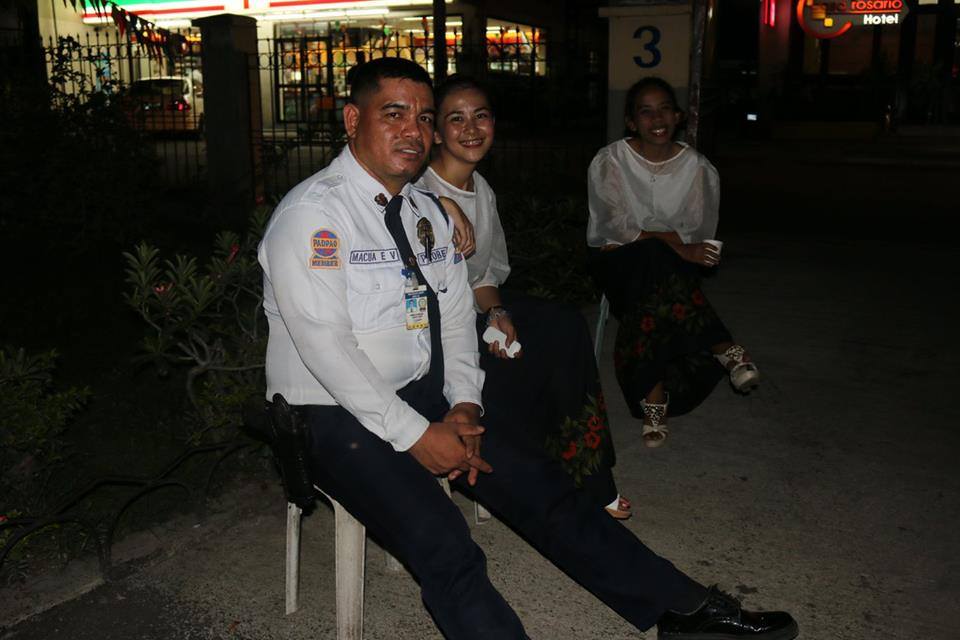 Macua is assigned on the entrance gate and could not hold his excitement that finally his dream to finish college is only hours away. Seventeen years after serving the school as one of its security guards, the 38-year old father of three will walk up the stage at 3 p.m. today at the STC Theatre to receive a diploma for a baccalaureate degree in Elementary Education (BeEd), cum laude. Despite working a shift of from 7 p.m. to 7 a.m., Macua maintained a full load, attending classes from 7:30 a.m. to 4 p.m. – and was a consistent Dean’s Lister since his first year college in 2013.

He has not been skipping a day’s work since he started college, and today is no difference even for a special day. He will remain on duty and his reason is simple: He does not want any salary deduction.” It’s no work, no pay. My salary here has been helping support not just my studies but as well as my family,” he added.

Macua, a native of Trinidad, Bohol, is not the only one in school. His eldest son, 17, is in college, taking up Bachelor of Science in Accountancy at the University of Cebu, as a Cebu City scholar; the second, John Clifford, 16, is Grade 10 student at the Ramon Duterte Memorial National High School in Cebu City; and the youngest, a girl, Cherise May, is only ten-months-old.


His wife, Irenea, runs a sari-sari store at their home in Barangay Kalunasan, Cebu City to help augment the family income.

Macua was a civil engineering student at the Divine Word College of Tagbiliran but decided to drop out of college in 1997 after only a semester since his farmer-parents, who tilled a field in Trinidad, Bohol, could no longer afford to send him to school.

Being the eldest of six children, he decided to leave for Cebu City to find a job. He was hired as a security guard in STC in 2000 with the help of his uncle and got him the needed three-week training that allowed him to land the STC job.

Despite being married and raising a family, he never lost his dream of finishing college. It was not until 2013, when STC, which used to be an all girls school, began accepting male college students that he had an opportunity to get a degree.

“I want to inspire them; that they need to give back to their parents. That will be the best reward to them,” he added.

It was also a blessing when he was informed by the school’s management that he could avail of the 50 percent tuition discount. “Who could refuse such offer? This is a dream come true for me to get a degree,” he said.

With a tuition that ranged from P20,000 to P36,000 per semester, the 50 percent discount was heaven sent. He said his burden was further lessened when son Jean Vincent got a scholarship from the Cebu city government. 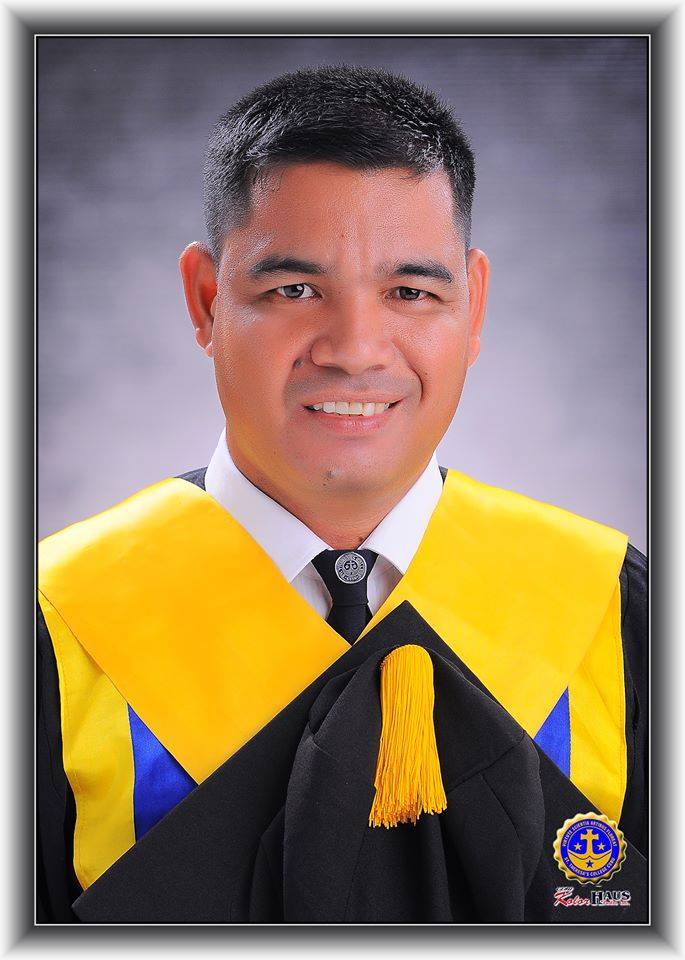 While having very little time to sleep, he managed to fulfill both his work and school duties. It was all about time management, he stressed. He recalled that there were many instances when he had to bring home his school projects but his wife and kids, instead of resenting him, turned it into a family bonding time by helping him finish his homework. He especially recalled the time when he had to do his bulletin board projects and decorations: “My wife and son helped me a lot,” he added.

Macua said he is just as thankful to his classmates for being good to him; helping him get through study periods. Most of all he said, he was most grateful to his family, his wife in particular, for the understanding and support. “I am very happy that my family, my wife is very understanding,” he added.

Today, as he receives a recognition for his years of hard work, it will not only be his wife and children who will be there to share this happy moment.

Macua said his mother and five siblings will all be coming from Bohol to attend his graduation rites at 3 p.m. today.

Next SHOCKING: Sex Starved Teenager Rapes A chicken To Death Because He Was Too Shy To Talk To Women