Police believe a 9-year-old boy who was fatally shot in the head this week might still be alive if his parents had quickly called 911 — instead of allegedly spending hours cleaning up blood and other evidence.

Phoenix police said that they have arrested Wendy Lavarnia, 28, and Kansas Lavarnia, 31, after being accused of killing 9-year-old Landen Lavarnia. Both parents have been charged with first-degree murder. 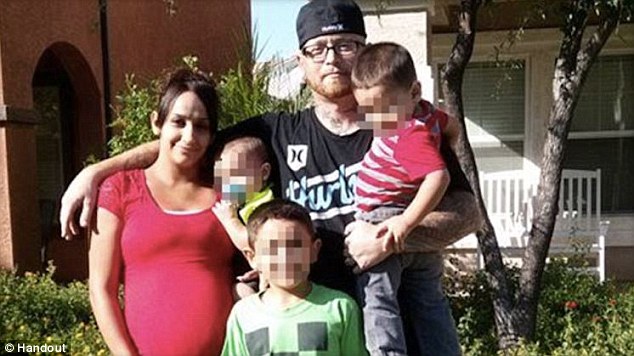 In addition, Kansas, 31, faces child abuse and hindering prosecution charges. Both parents remain in police custody on $1 million bail. They have not entered pleas or retained attorneys, according to records.

A police spokesman tells PEOPLE Landen was shot under suspicious circumstances and that investigators have yet to determine who fired the fatal bullet — though Wendy, 28, claimed their son was shot by his 2-year-old brother.

The mother told police that the gun was on a nightstand when the 2-year-old boy grabbed it and shot his brother in the head.

However, police found inconsistencies in her story.

They also noticed that the gunshot wound had been stabbed with a screwdriver, and police also found blood in the father’s car. He was found with unexplained injuries.

Police believe that the parents shot and killed their 9-year-old son, and while he was unconscious on the ground, they staged the scene to make it look as if the 2-year-old boy shot his brother.

The couple’s other three children were placed in the custody of the state.