Professional hairdresser Frank Doehlen offers his customers in Germany a unique service: they can have a massage from a ball python named “Monty”. 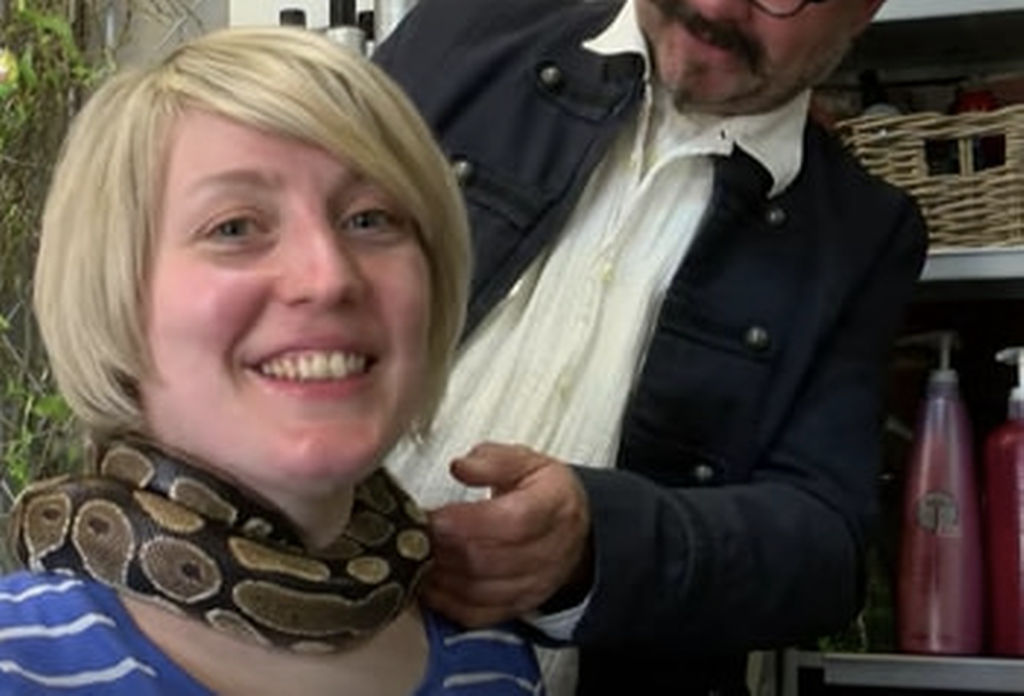 Hair salon owner Frank Doehlen, said that he was inspired to use the reptile during a visit to South Africa, where he saw snakes being used for massages.

He charges about $40 for a-la python neck massage service that lasts around 30 minutes. Doehlen named his 13-year-old snake Monty, which is estimated to be 90 percent pure muscle.


Doehlen said that many customers tried the neck massage and are very happy. One customer revealed that she often gets neck pain during her work as a chimney cleaner.

She said that the a-la python neck massage service helps her a lot, and vowed to come back for more.


Previous 9yo Son Murdered By Parents, Then Attempt To Setup 2yo Son As Murderer [VIDEO]