Owls are one of the very majestic nocturnal creatures in the world. Aside from their known features and body figures as having large, forward-facing eyes and ear-holes, a hawk-like beak, a flat face, and usually a conspicuous circle of feathers, a facial disc, around each eye and the fact that they possess very flexible neck that they can even rotate their head and neck as much as 270°, owls also have surprisingly model-like legs that you probably do not knew about.

Well forget the likes of Kate Moss and Kendall Jenner, it’s really the owls who have legs for days. Though you may not believe it at first, it turns out owls have some seriously long pins on them. The pictures of the owl revealing its hidden long legs will place you in shock to see that they might rival any supermodel. The photograph has gone viral and drew many comments from the viewers.

The images showcasing the owl with and without its feathers lifted up were posted on Reddit, where they’ve received over 80,000 upvotes after after originally being shared on Twitter. 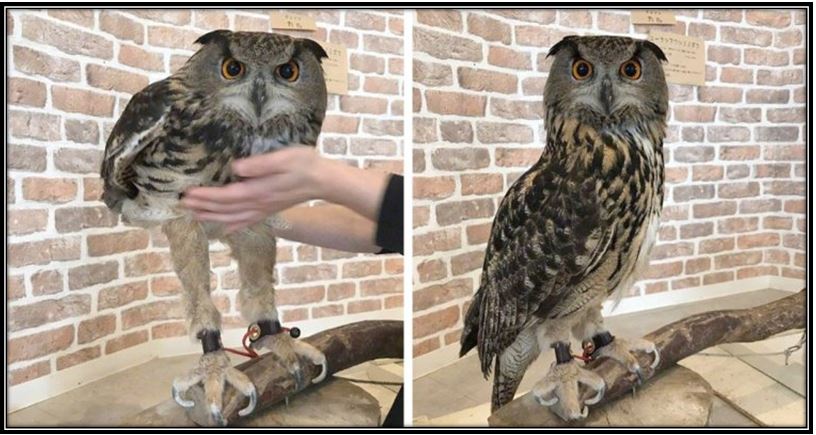 The first photograph shows the graceful brown owl gazing into the camera as it perches on a tree trunk. And in the second picture, somebody can be seen holding up the bird’s feathers to reveal limbs far longer than you might expect. In the second photograph, the owl appears angry to have had its feathers ruffled – something which did not go unnoticed by Reddit users.


One user said: ‘Those menacing eyebrows somehow look angrier in the second photo… Like his rage is building. Who would dare mess with an owl like that? Who?’

Web users were shocked of the owl’s hidden legs and were inspired at the same time. Some viewers quickly express their amazement to the nocturnal bird, while while many couldn’t resist making a few puns.

One user wrote: “Wonder owl long they actually are”.

Another added: “Well owl be damned.”

While another commenter joked: “Damn, that owl’s got legs for  nights!”

Did you know that owls were so leggy?


Previous This Autistic Man Was Sad Blockbuster Closed, So His Parent Did Something SO Amazing