A father and his son have recreated an adorable childhood photograph – and the internet is absolutely horrified.

Tyler Walker was an adorable bouncing baby when he was snapped sitting on the knee of his old man in the bath.

And really things should have stayed that way – a lovely memory captured in a precious photo. But Tyler apparently had other ideas. 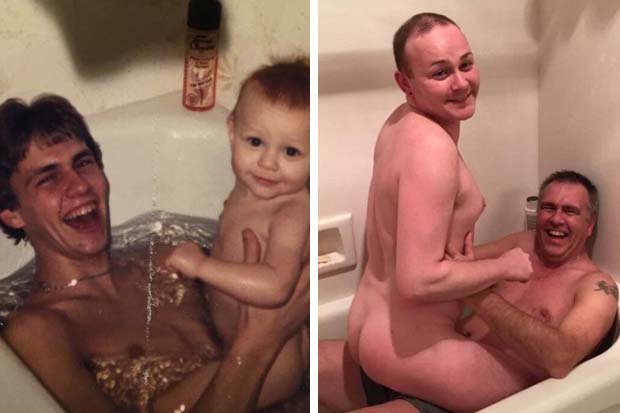 He and his dad stripped off, got back in the tub and smiled for a pic he later shared on his Facebook page.


Captioning it “we’ve both grown up a bit”, the photo unsurprisingly went viral due to its sheer awkwardness.

Netizens were quick to comment with their honest (and brutal) opinion.

One wrote: “This is disturbing”.

Another said: “This is the most disturbing thing I’ve seen on fb by far”.


Previous She Assumed It Was Chicken Pox, But What Doctors Tell Her? SO SAD. Here’s What You Need To Know…

Next Fifth Grade Teacher Shocked by Student’s Note Left on Desk. What It Says Has Him Fighting Back Tears