Oliver Durling, a Canadian boy, was simultaneously stricken with a rare disease and measles.

His mother, Natasha Durling, shared Oliver’s story on social media, describing how his symptoms baffled doctors for five days before they finally figured out the diagnosis.

By the fourth day, Oliver’s condition worsened. He had stopped eating and drinking and wouldn’t get up. A rash appeared on his face and neck.

After taking him to the hospital, it was suspected that he might have measles, so he was quarantined. However, his vaccinations were up to date, and he didn’t have white spots in his mouth which are typical when measles is present. His rash was also not consistent with the disease. 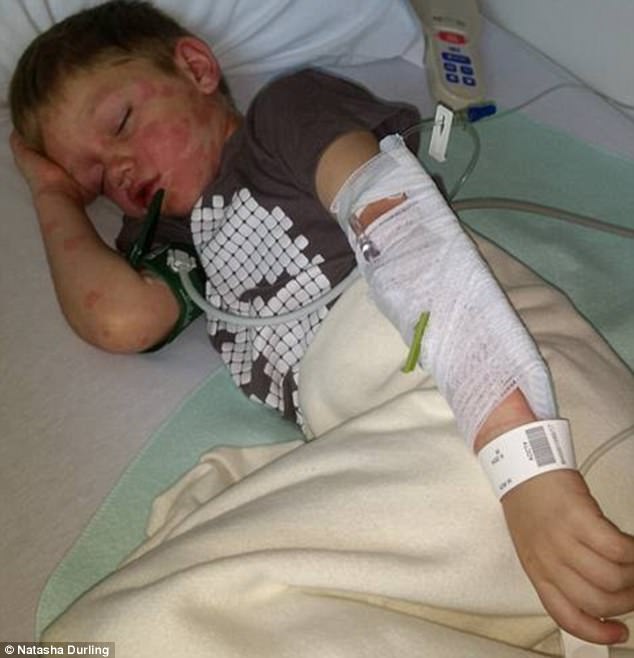 “[Despite] his high fever, rash, dehydration and being in absolute agony, he [was] sent home, and I was instructed to give him Tylenol and Benadryl, and if he gets worse to bring him back,” Natasha wrote.

By the following day, Oliver was “covered from head to toe” in the worst rash she had ever seen. His fever remained high despite medication and his swollen lips started cracking and bleeding, she explained.

So back to the hospital they went again, where he was again quarantined for a possible case of measles. But doctors ruled out measles because he had been vaccinated for it, and attributed his symptoms to a virus. 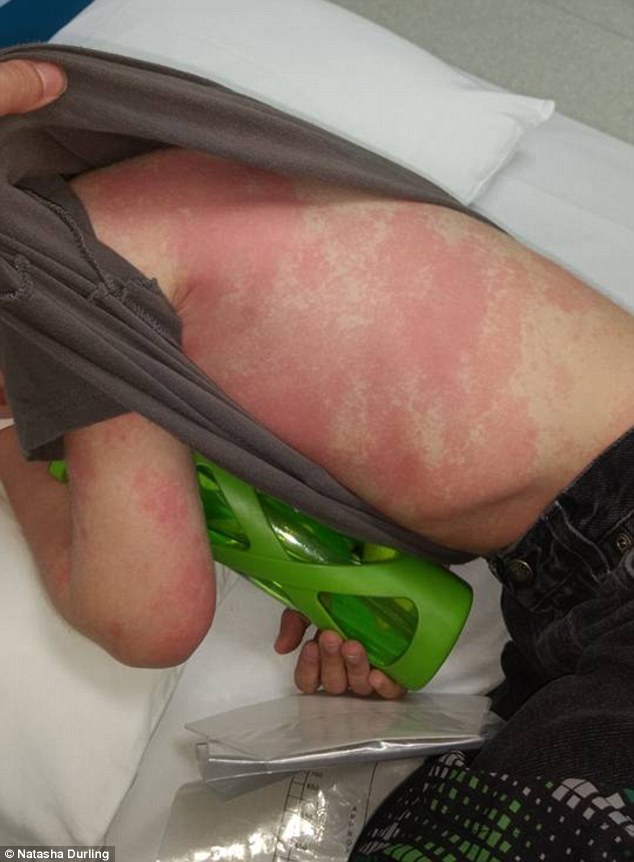 “At this point, I lose my s**t,” Natasha wrote. “I demand that he gets, at the very least, blood work done and get some fluids into his obviously dehydrated body!”

While providing a urine sample, Oliver “starts to panic yelling that he can’t see and that he’s blind, then gets right stiff, shakes and drops in my arms,” she added. “At this point the nurse grabs him from me and I grab his IV pole and race to the ICU where he has doctors and nurses trying to figure out what the hell is going on with him.”

The rare condition is described by the Mayo Clinic:

Following the diagnosis, Oliver was admitted to the hospital for a battery of testing, which his mother later described.

“He goes through blood infusions and screams in pain all night from his inflamed blood, stomach pain and inflamed joints, and he throws up several times,” she wrote. However, his condition quickly improved. “The next morning his rash is gone, and he’s feeling a lot better!”

But when the results of his urine sample came back, it turned out that he had measles, after all.

So he was quarantined once again — as the only known patient to have measles and Kawasaki disease at the same time despite having up-to-date vaccinations, according to Natasha.

Once he was out of quarantine, she wrote: “Thankfully he’s no longer contagious, and feeling way better! I refused again to go home today, I want to see his blood work and other tests normal before we go anywhere.”

She concluded: “I have one strong, brave little man! I couldn’t be more proud of him!”