A woman who says that she is a former Utah Jazz dancer was arrested and jailed for committing what authorities say was unlawful sexual activity with a 17-year-old boy.

Amber Telford, 33, pleaded guilty Tuesday to unlawful sexual activity with a minor, a third-degree felony. In exchange for her plea, prosecutors agreed to dismiss six identical charges that had been filed against her. Telford will be sentenced Aug. 18, Dailymail report. 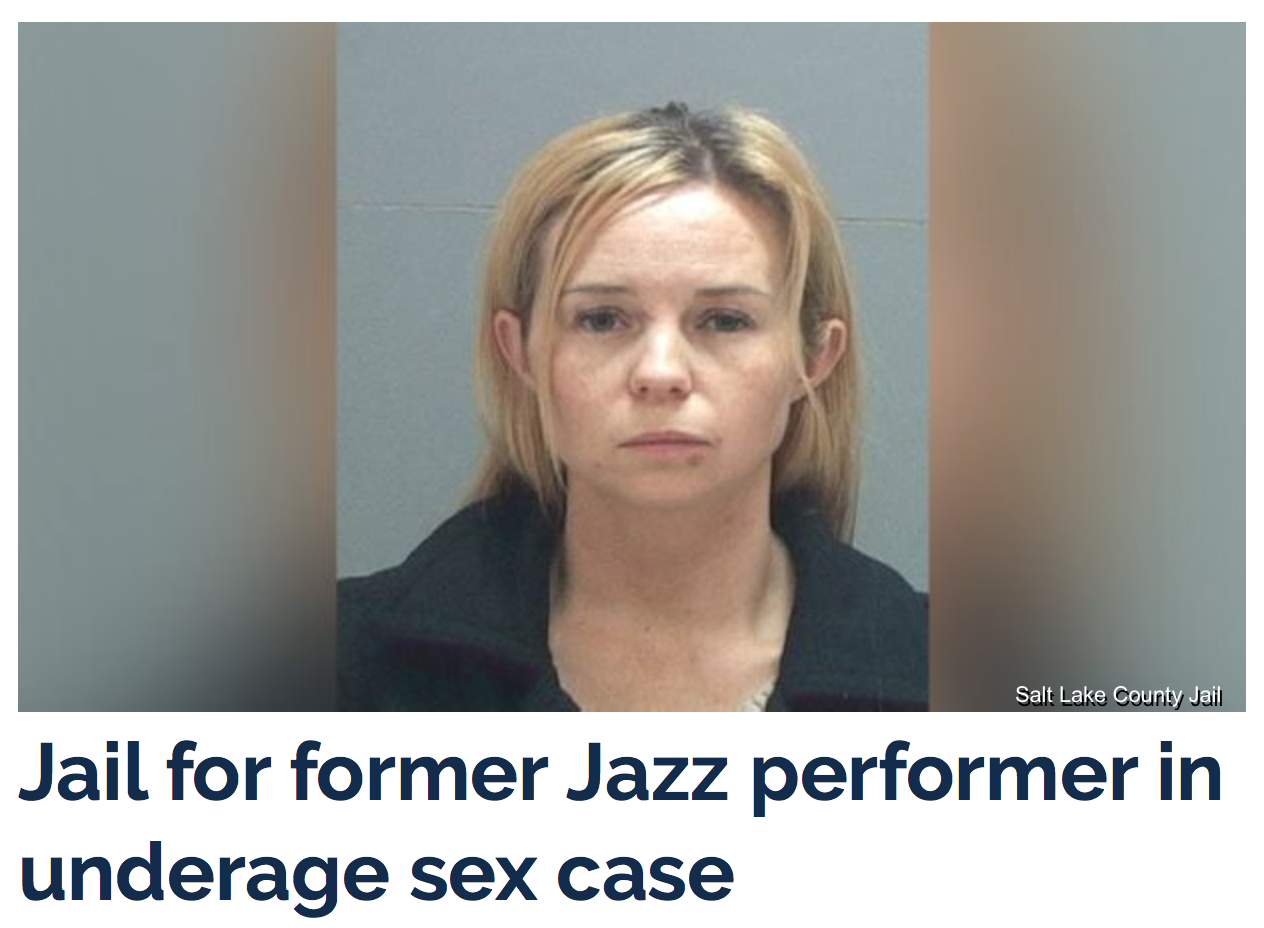 A 33-year-old married woman in Salt Lake City identified as Amber Telford is in extremely hot water. The former cheerleader for the Utah Jazz and current dance teacher allegedly had an affair with a 17-year-old male student who attended her school. The physical relationship was originally uncovered by a private investigator that was put on the case after her husband got suspicious.

According to the authorities, Amber Telford bought the teen clothes, vacations and more to win his favor. She would then pick him up and take him to a local church where they would get busy. Police have charged her with a felony and she’s currently in jail.


In addition to her work with the NBA team, this accomplished dancer was also featured in the Winter Games back in 2002 when the Olympics came to Salt Lake City. Her other students say she was a great teacher who went the extra mile for everyone in her life. In this case, though, it sounds like she went a bit too far.

The former dance instructor also reportedly took the teenager to a church parking lot to have sex with him. She “groomed” the boy by purchasing him clothes as well as paying for his trip to Disneyland for a dance competition, according to police.

The issue only came to light after Tellford’s estranged husband hired a private detective to investigate her. The detective reportedly caught the two in her studio.

Telford had filed for divorce from her husband a year prior.

Next Man SCALPS His Girlfriend Then Allowed His Pit Bull Have Its Way With Her, Then Decides To… [VIDEO]