Marilou Danley, formerly known as Marilou Vista Bustos was born on May 31st, 1948 in the Philippines.

The document below shows Marilou’s petition for naturalization into the United States on the 5th of December, 1989 at the Central District Court in Los Angeles. 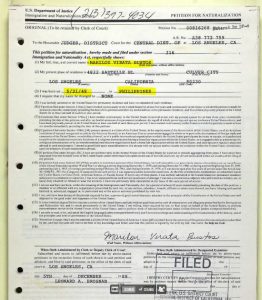 This information shows Marilou’s pathway into the United States, through a marriage on 20th of November 20th, 1990, to a Geary Danley recorded in Clark County. 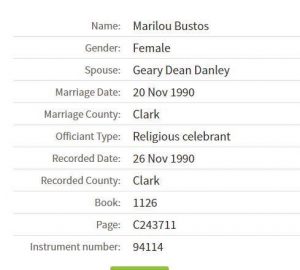 Marilou has since filed for divorced from Mr. Geary Danley in 2015, but has chosen to keep his name after being married to him for 25 years.


But there is an overlap of two years between Marilou meeting Paddock, and her filing for divorce from Danley.

This picture is of Stephen Paddock in 2013, supposedly with the Bustos family in the Philippines. 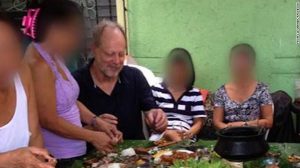 Could he have possibly sent money to Marilou’s family, the Bustos’?

If so, what had he been doing with them in the Philippines in previous years?

What types of activities or lifestyles are Marilou’s family, the Bustos’ involved in?

And what does Marilou’s family in the Philippines know about Paddock?