Child abuse is very common nowadays. Abusers are taking away the children’s chance to build their future. and this has happened to  McGinnis. 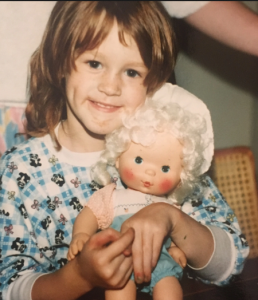 A strange case has been unfolded after a woman reported to FBI agents that her stepfather held her captive for 19 years when she was kidnapped at the age of 12.

Last week 62-years-old Henri Michele Piette was arrested in Mexico and was deported back to Oklahoma, where he was charged with rape, child abuse, and other offenses.

It was reported that the victim 33-years-old Rosalynn Michelle McGinnis was able to run away with eight of her nine children. They went to U.S embassy to report her situation.


She and her eldest child never been reunited after her eldest child escaped from his father.  After her return in the United States McGinnis explained her suffering. She wants the people to know that she needs justice.

“I want the world to know. I want him to be stopped and I want justice to be served.”

She remembered the first raping incident when she was just 11 or 12 on a bunk bed in a back room of her house in Wagoner. In almost two decades she was living in hell when  Piette repeatedly raped her, beaten her a baseball bat, stabbed, shot and choked her unconscious.

Piette is now charge in Wagoner County.  On January 1997, after kidnapping her from school McGinnis married Piette and gave her a ring.  McGinnis was only 11-years-old when the ceremony executed in a van.  Her mother abandoned Piette after she was beaten by him. She and her mother were staying at the women’s shelter in Poteau.

McGinnis had been living with her mother at a women’s shelter in Poteau.

In one court affidavit, she was presented to Piette’s other children as their new mother.  After the introduction, they began to go to several places in the United States and even abroad.  They traveled to Texas, Montana, Idaho, New Mexico, Arizona, and Mexico.


Previous Her Veteran Husband Dies In A Tragic Accident. One Month Later God Delivers Her A Miracle