According to DailyMail; ISIS has released a series of disturbing photos that depict the beheading of a Syrian man in Raqqa who was sentenced to death for “mocking Islam.”

The man was beheaded with a massive blade in an execution that was carried out in front of a live audience.

Stories like this remind us that despite what Obama says, ISIS has NOT been “contained” and still poses a major threat to the entire world. 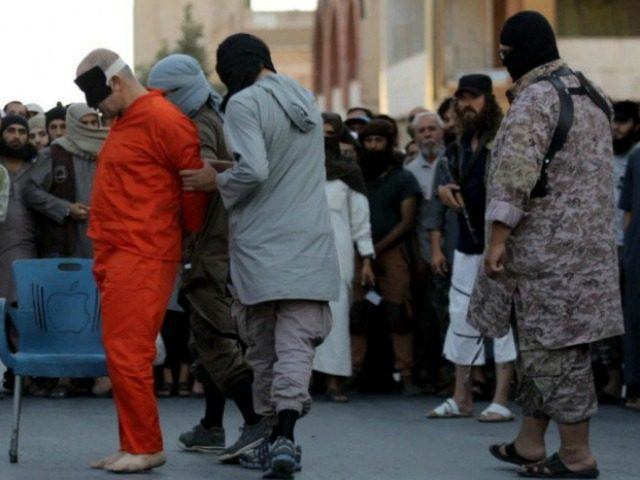 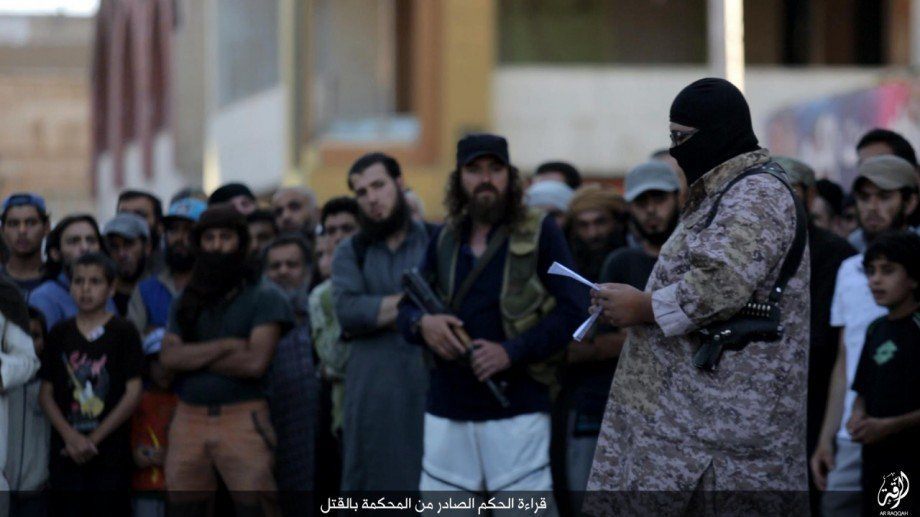 You may click this link if you wish to see the rest of the graphic images from this bloody execution.

Below is what WIKIpedia has to say:

Blasphemy in Islam is impious utterance or action concerning God, Muhammad or anything considered sacred in Islam.[2][3] The Quranadmonishes blasphemy, but does not specify any worldly punishment for blasphemy.[4] The hadiths, which are another source of Sharia, suggest various punishments for blasphemy, which may include death.[5][6] However, it has been argued that the death penalty applies only to cases where there is treason involved that may seriously harm the Muslim community, especially during times of war.[7] Different traditional schools of jurisprudence prescribe different punishment for blasphemy, depending on whether the blasphemer is Muslim or non-Muslim, a man or a woman.[4] In the modern Muslim world, the laws pertaining to blasphemy vary by county, and some countries prescribe punishments consisting of fines, imprisonment, flogging, hanging, or beheading.[8] Blasphemy laws were rarely enforced in pre-modern Islamic societies, but in the modern era some states and radical groups have used charges of blasphemy in an effort to burnish their religious credentials and gain popular support at the expense of liberal Muslim intellectuals and religious minorities.[9] In recent years, accusations of blasphemy against Islam have sparked international controversies and played part in incidents of mob violence and assassinations of prominent figures.


Previous [RAW FOOTAGE] Teen Girls Never Thought This Would Get Out, But Now They Face A Life Sentence