Parents nowadays usually post pictures of their children on social media. Pictures keep memories forever, so for some parents, posting pictures on social media allows them to store photos easily without worrying about losing them when they change mobile phone. 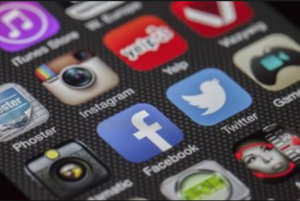 Lawmakers in France would like to illegalized to post pictures without the person’s permission. According to The Telegraph, French authorities cautioned parents of posting embarrassing photos of their children and “publicising intimate details of the private lives of others- including their children without their consent.”

Though some may consider this law ridiculous, this was created to protect the children. French police said that the warning is in response with the danger pedophiles targetting children after seeing family photograph online.


Children can also sue their parents for the embarrassing photos of them posted online. It said to be a breach of their right to privacy or jeopardize their security.

Parents can be penalized up to 45,000 euros equivalent to $70,000 plus serve one year in prison if proven guilty.  Specialist in internet law and ethics Eric Delcroix said: “Children at certain stages do not wish to be photographed or still less for those photos to be made public.”

To enforced the law, French arm forces were also involved in warning the public about the law.

According to experts, the culture of taking and sharing pictures is wonderful but doing it excessively can also backfire and put more distance between parents and kids.

“Kids should have veto power over the pictures we take and post on social media. We need to teach children the message that we own our body and we own our image and ask questions like, would you mind sending it to grandma or grandpa?.

I think this law is also created to remind each and everyone that using social media corresponds a great responsibility, it is not that bad.

Next Shopping At These Stores Actually Fund Sharia Law, Are You One Of The Millions Of Americans Supporting This?