37-years-old Sarah Cocker got a devastating text message from fiancé which ruin her dream wedding.

Sarah Cocker is supposed to be married to his Chris who has been her partner for five years. The couple have two children together, aged two and four. After being engaged for a year, they were busy planning about their big day.

Two months ago, Sarah flew to Benidorm with her friends to celebrate her hen party. She stayed there for three days. A few days after she returned to the UK, She recalled how he went out with his mates for an all-day drinking session.

“He planned to stay at his mum’s overnight because the trains ran more regularly to her house. When he’d gone, I spent the afternoon with the kids before putting them to bed. Afterwards, I was shattered. The hen do had caught up with me and by 8:30 pm, I’d conked out in bed. Next morning, I checked my phone expecting a message from Chris, but there wasn’t one. I decided not to text him. He hardly ever got a lie in and I didn’t want to wake him. But by 3pm I hadn’t heard from him for 24 hours. Suddenly I had a funny feeling in my gut – something wasn’t right.”


Sarah finally texted Chris to check if he is okay and Chris replied saying he was feeling rough and would be home in a few hours. Eventually, he went home at around 5 pm. He explained how he missed the train and decided to stay at her friend’s house, Rachel. 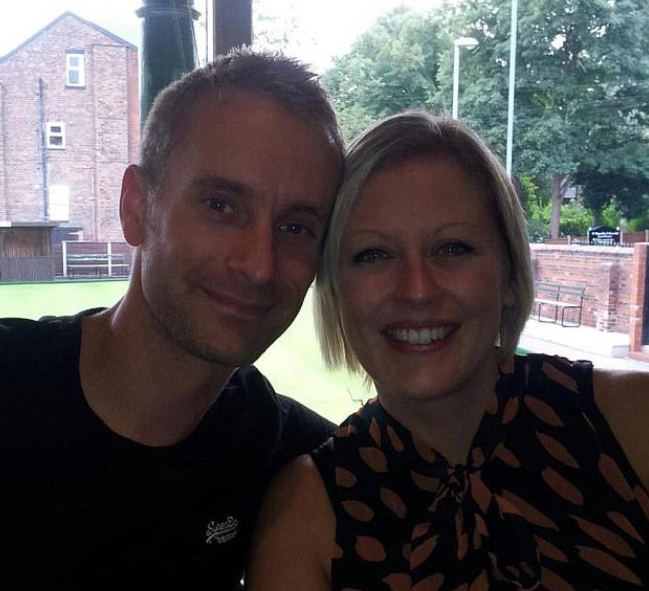 Sarah said:“I stormed out of the house and went to my mum’s grave to think things through. I couldn’t believe something might have happened with Rachel – she was a friend. I texted Chris and asked if he’d been unfaithful to me. He replied that nothing was going on with Rachel. I sent another text asking if there was anyone else. He messaged back, ‘No but there is something to tell you though, me and Nikki have kissed. I’m so sorry Sarah.”

Before Sarah found out about Nikki and Chris’ infidelity, she has been partying with Nikki on her hen party. Chris also claimed that happened the last couple of times they’d gone out.

“I thought I was going to be sick. My hands shook as I re-read Chris’s messages over and over. We were meant to be walking down the aisle in just eight weeks’ time, yet now my dream wedding was fading fast. It was so out of character – I’d always trusted Chris 100 per cent.”

“My thoughts turned to Nikki. On the hen do she had been so nicey-nicey, all while hiding this dirty little secret. Come to think about it, she’d been over-the-top nice. Now it all made sense.”

When Sarah return home, Chris attempted to wrap his hands around her but she refused and pushed him away. They went to sleep without talking.

The following evening, they sat down and talk. Sarah was prepared to forgive him if he showed regret. She said:

“All he could do was keep mumbling ‘sorry. He said he loved me, but when I asked if he could honestly stand at the altar and say our vows, he looked sheepish. I asked if she was worth it, and he paused and said, ‘I think so, yeah. I told him to get out, and Chris packed a bag and walked out, leaving me sobbing.”

“I couldn’t believe I’d been jilted before I’d got to the altar, and that my groom had given up everything we had for a stupid fling. Over the next few days, I felt physically sick and was unable to eat. But then something changed in me and I saw red. I texted Chris’s mum and sister to tell them what he’d done and, like me, they were absolutely gobsmacked.”

Sarah texted Nikki: “Are you not talking to me, Nikki?”

She replied: “Sarah I am sorry, I don’t know what “to say.

Sarah decides to cancel their wedding, as a result, she has left thousands of pounds out of pocket. She lost £4,000 on the wedding venue and hundreds of pounds on nearly everything else, including the photographer and her wedding dress.

“Now I’m still battling with wedding suppliers and I still can’t believe I’m no longer marrying the man I loved. I also have my honeymoon to Barcelona coming up, which I’m still going on but with my bridesmaid. Chris broke my heart and destroyed the wonderful future we could have had, but I’m just glad I found out who he really was before that ring was on my finger.” Sarah continued.”

Next Check Out What Trump Said About Clinton Running In 2020!