And yet another professional sports organization is now intent on committing suicide!

The NBA’s opening basketball game between the Boston Celtics and Cleveland Cavaliers on Tuesday night has many fans wondering how the league will handle the ongoing protests from ungrateful players over what they believe is police brutality and racial injustice in our great nation.

At the Tuesday night game, during the national anthem, the Cavaliers linked arms, while the Celtics bowed their heads. Although no one had the guts to kneel after an NBA leaked memo from last month had instructed players and coaches to stand during the patriotic moment.

Although there really was no actual disrespect shown for our flag yesterday, the overpaid ignoramus Lebron James had to put in his two cents in by wearing a pair of shoes with a ridiculous message on it. Equality! 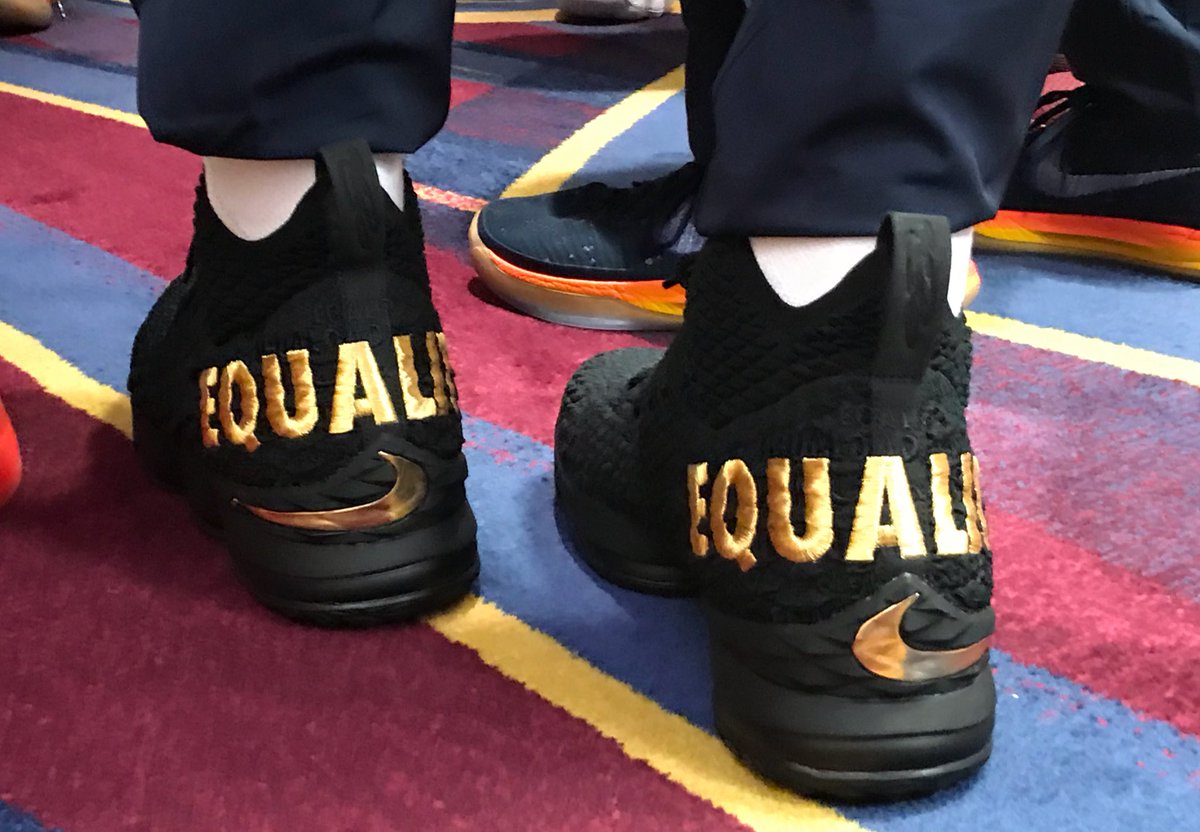 Instead of kneeling during the anthem, @KingJames laces up his shoes bearing the word “EQUALITY.”

Are you freaking kidding us. You are a multi-millionaire who plays in a league where 78 percent of players are black, 17 percent are white, 4 percent are Latinos, and 1 percent are Asian, while the black population in the US is only 13%? And you have the galls to complain about so-called “equality?” What the hell is wrong with you people?

“We are very fortunate to have a championship group together,” said Griffin. “One that has grown organically to trust, and sacrifice for one another – on and off the floor. At the core of that group is LeBron. His leadership, passion and tireless commitment are the hallmarks of our success and have inspired our entire franchise. His connection and dedication to his community and this fan base are absolute. We share his determination to win at the highest level and can’t wait to get back to work, together to defend our title.”

James started in all 21 games during the Cavs’ championship run in the 2016 Playoffs, recording 13 double-doubles (two triple-doubles) and averaging 26.3 points, 9.5 rebounds, 7.6 assists, a postseason career-high 2.3 steals and 1.3 blocks in 39.1 minutes per game. In the 2016 NBA Finals win against Golden State, James, who was named Finals MVP, helped the Cavaliers become the first team in league history to overcome a 3-1 Finals deficit while leading the series in points (208, 29.7), rebounds (79, 11.3), assists (62, 8.9), steals (18, 2.6) and blocks (16, 2.3). He was the first player in NBA Playoff history to lead a series in every major statistical category. James is just the fifth NBA player to have three Finals MVPs, joining Michael Jordan (six), Shaquille O’Neal (three), Tim Duncan (three) and Magic Johnson (three).

I’m guessing these fat cat players really don’t understand where the money comes from. If you upset your fans, and your sponsors, the money dries up. Don’t take my word for it, just ask your comrades in the NFL. Last year the NFL decided to let a player kneel because he was losing the spotlight when he started to play poorly and then it spiraled to the mess we have today.

Their tv ratings are down, their sponsor money is down and their game attendance is way down. I predict the same will be happening to the NBA if this continues since most working class folk don’t care to be lectured about “equality” from a man who made his fortune just by tossing a damn ball around.


Previous Check Out What Trump Said About Clinton Running In 2020!

Next These Cops Salute Kaepernick With Anthem Protest, Then Get Bad News [VIDEO]