After the violence broke out in Charlottesville, Va. during a demonstration by white nationalists and neo-Nazi groups opposed to the removal of a statue of Confederate, Gen. Robert E. Lee urged on whether symbols of the Confederacy should be removed.

On the courthouse green in Huntsville, Alabama, stands a monument erected during the Jim Crow era to commemorate men who died fighting for the Confederacy during the Civil War. 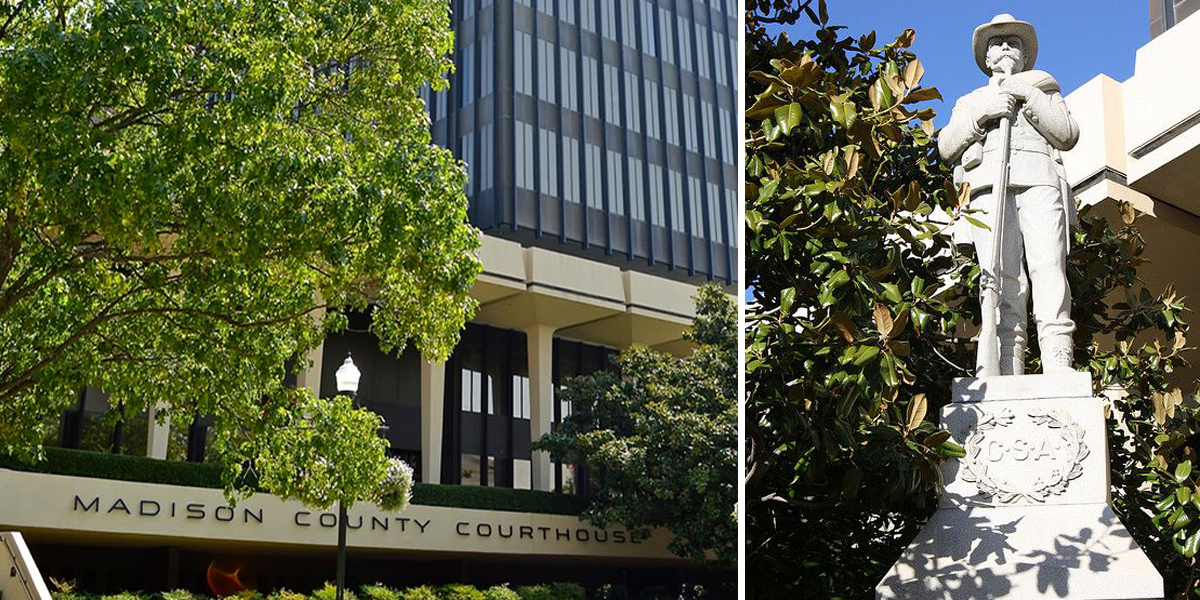 So, a local group is fighting for its removal and they are raising funds in GoFundMe for the city to pay a legal fine that the state of Alabama will impose if it is removed.

“This monument is in the center of downtown Huntsville, a forward-looking city with important ties to the federal government and two African-American colleges. Huntsville is proud to have been the first city in Alabama to integrate public schools and facilities. It’s completely unacceptable to honor ‘the principles which gave birth to the Confederate cause’ at the seat of our local government,” the Tennessee Valley Progressive Alliance (TVPA) wrote on their GoFundMe page.


However, it is currently protected under state law from being removed by the people of Huntsville. A law signed by Governor Kay Ivey last month establishes a fine to any city that removes “historical monuments or memorials,” more than forty years old.

Under it, Alabama Attorney General Steve Marshall has the authority to fine the city $25,000 for each violation. Huntsville would be in violation of the said law if the city removed the monument without Legislature approval.

Now the TVPA are working to raise funds in order to pay the $25,000 fine the state has set for those who violate the Memorial Preservation Act.

David Odom of the TVPA says “We read the fine print of the law and the law just says the state will fine localities up to $25,000 for removing monuments. And we said, ‘Well, shoot, we ought to be able to put that together. Let’s just see what happens, what do we have to lose?’ We thought crowdfunding might be an option.”

The American Civil War began after years of contentious debate in Congress over the issue of slavery. Southern slave states, ostensibly arguing for state’s rights, leveraged their delegations to compel northern free states to abide the practice that had already been banned by several European nations. In April 1861 after the election of Abraham Lincoln to the presidency, Confederate forces laid siege to the federal military installation at Fort Sumter, South Carolina. The ensuing war was the most devastating conflict ever fought on US soil. It lasted four years and caused 1.68 million combined combat deaths, as well as one hundred and twenty thousand civilian deaths.

Therefore, if the TVPA cannot raise enough money to cover any fines levied, they will use the money to erect a public memorial for victims of lynchings in the Madison County area.