It would serve race mongers well to consider that even a docile old dog will bite you if you mistreat it often enough and long enough. Tangential to same is the reality of the “laws of unintended consequences.”

I’m tired of seeing, reading, and hearing white people blamed for everything from black boys not being able to read to whites being privileged because of the color of their skin. If I am tired of these Americans being used as scapegoats to further the agenda of race mongers, then it is a sure bet that those being unjustly vilified are especially weary of same.

This isn’t 1860 and it certainly isn’t 1955. There are no slaves in America and there are no Jim Crow laws dictating access based on skin color. Specific to that point it is time to remind people like Obama, Al Sharpton, and the New Black Panther Party that the racial discord they are fomenting can become the harbinger of their own peril. 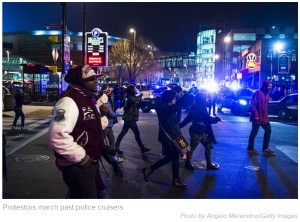 Obama foments racial unrest and a racial divide to further his neo-Leninist agenda. Sharpton foments racial unrest for personal gain. The New Black Panther Party foments racial hostilities and the demonization of whites in the foolish belief they can bring about a Western version of apartheid where blacks rule.Too many blacks have lost sight of the fact that it was Africans who were responsible for the enslavement of other Africans. It was war, invasion, conquest, and various caste systems that contributed to slavery. And although one would be hard-pressed to believe it from the invented myths that masquerade as fact, persons of color were not the only slaves.


From Genesis to the Sudan of today, slavery has been a staple around the world. And it should be noted that given the first opportunity in America, the former slaves of color became owners of those whose skin color matched theirs.

But unlike the rest of the world, America had the good sense and decency to end slavery. In America, there is no caste system, and yet at every turn we are bombarded with how bad blacks have it because of whites and how unfair the so-called “white system” is to blacks.

All people, including those who are here illegally, have it better in America than they would have it anywhere else on earth. And yet blacks are encouraged to blame their ills on whites.

Therein the “laws of unintended consequences” come into play. America has shed the blood of her people on her own soil to ensure the freedom of all Americans. Americans joined hands with blacks to end Jim Crow. And, to the detriment of all concerned, political correctness and guilt have contributed to discrimination against whites vis-a`-vis race-based affirmative action initiatives.

Still the bastardization of whites continues. White law enforcement personnel are labeled racist for defending themselves against black criminals, especially when bad things happen to the black criminals.

To put it succinctly, the single greatest non-biblical truth today is that many times the majority of blacks are their own worst enemies. Many blacks go through life with a chip on their shoulder and bad attitudes toward whites. Many blacks growing up in dysfunctional single parent or no parent homes are loathe to realize that their lives are the result of bad decisions made by their families that adversely affect their adulthood – its not the white man.

But as I said, there is a thing called “the laws of unintended consequences.” To that end, sooner or later a pendulum reaches its arc and starts to swing back in the other direction.

How long before white people, many of whom are growing increasingly resentful at being falsely maligned, decide to respond in kind? How much longer will whites stand by and allow the likes of Sharpton and Obama to continually cast them as racist villains?

If the 1915 silent movie, The Birth of a Nation by D.W. Griffith, which depicted blacks as unintelligent and sexual predators of white women, (which was a lie) gave rise to the resurrection of the Ku Klux Klan, what can we expect to be brought about by the heathen behavior of many blacks today?

Many blacks are quick to attack those of us who condemn the untoward, barbaric behavior of some blacks. They curse us for not glossing over their behavior and for not engaging in “blame whitey.” But if a phony movie was able to give rise to at least two generations of condemnation of blacks, what will the in-your-face belligerent hostilities so many of them exhibit today ultimately result in?

America has figuratively bent over backward to assuage its perceived guilt but for many blacks that is not good enough. They accuse and self-alienate but do nothing to incorporate the greatness of America into their lives.

How much longer will America allow blacks to vilify those who have done them no harm – even as blacks attack, terrorize, and condemn those who truly do just want to get along?

No one with any shred of intelligence wants to see a race war break out in neighborhoods across America. Why? Because MANY innocent people such as women, children, and the elderly would lose their lives at the hands of the savages that we’ve seen in ‪#‎Ferguson‬ and abroad.

I realize that math isn’t a lot of people’s strengths, including my own, but those who seem hell-bent on inciting a race war need to take a few steps back and realize that numbers are not on their side.