A woman receiving welfare benefits and living in a government housing for 18 years has been sentenced to a paltry 3 months house detention after her disturbing secret has been unfolded.

45-year-old Rebecca Khodragha has declared that she was a struggling single parent to receive monthly benefits and live in a government housing from the Australian government.  For 18 years she has been getting check out from taxpayers pocket. 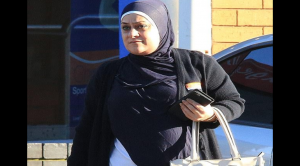 However, authorities found out disturbing information about Khodragha. According to the report, Rebecca Khodragha was married to Khaled in 1991. It was an Islamic wedding ceremony which was not registered. As the investigation gone deeper,  it was also discovered that his husband Khaled owns an electrical contracting business.

The business was registered to the Punchbowl apartment which generates $1million every year. Aside from the million generating business they also own two properties a Lakemba unit and a Greenacre house.


In November last year, 45-year-old Rebecca Khodragha was charged with two counts of fraud. After the trial, she was sentenced to serve three months in prison but serve it through house detention in Punchbowl apartment. She was also ordered to pay back more than $80,000 in rent.

She tried to appeal the court decision on February but with no luck. According to Department of Family and Community Services, they will immediately start the proceeding to kick out the fraudster. Finally, on Monday, Rebecca Khodragha was evicted from the government housing.

According to Daily Mail,  the spokesperson said in a media release “There’s no perfect answer here but the Government is determined to try and house as many people waiting for social housing as possible.”

While she was already sentenced, many people are still not happy about the court decision, they wish that the court has given the offender much tougher consequence for her action.

“Should have sentenced her to 18 years in jail! 3 months house arrest is a joke!!!”

“This is blatant fraud. She should be in jail, and so should her husband for co-conspiracy.”

“She should be made to repay all the benefits including rent that she has fleeced from the taxpayer and then a fine on top of that for keeping a needy family out of the housing commission unit.”