The mother from South Africa was arrested by the authority after she defended her daughter from her rapist leaving one of them dead and the two others wounded. The mother was charged with murder and attempted murder while the wounded rapist was held in custody without bail and charged with rape.

Police reports show that the arrested woman heard her 27-year-old daughter begging for help. The scream was coming from an abandoned house. When she arrives inside she found out that three men were raping her daughter. She attempted to help her daughter but the suspects overpower her so she decided fought back and shot them. As a result, she killed one for the suspect and wounded two others.

Her 27-year-old daughter was really traumatized by the incident but she still thankful for staying alive. She said:”My body is still suffering, but most of all I thank you, Mom, for that sacrifice you made to save my life.” 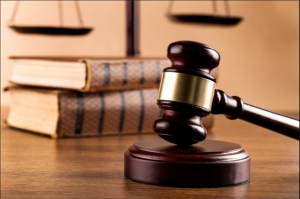 After the investigation, National Prosecuting Authority of South Africa (NPA), has dropped all the charges against the mother who clearly killed to rescue her daughter. The community was grateful with the authorities decision.

As of now, the mother is hoping that her daughter will move on from the horrible incident with the help of a psychologist.

The courageous act of a mother gained plenty of reaction from the public, here are few comments from the people:

“So, the lady walks away. She stood up against criminals who invaded her or her daughters space, in other words, defended her daughter and self and gets off free. No how different is this case to so many who stand up to protect their families from criminals and are prosecuted for murder, when all evidence points to defending their own or their families lives. She should walk free and so should those who were forced to defend themselves or their families.”

“Job welldone mama, strong women like u r needed in our community.”

Next [VIDEO] ANONYMOUS: 'Remember, Remember, The 5th Of November'