A concealed carry permit holder stopped an armed robber Sunday at a San Antonio, Texas mall after the perpetrator shot and killed an unarmed man.

An unarmed Good Samaritan attempted to intervene to stop the robbery but was shot and killed by one of the suspects. Another man with a firearm shot and injured the suspect who allegedly killed the unarmed man. According to News 4, the second suspect fled and is still at large.


The wounded suspect left behind was taken to the hospital in critical condition. A male shooting victim and female who suffered a heart attack during the incident were transported to receive medical care.

You won’t hear any real reporting from the liberal media on this story! What’s new though right?

An elderly woman was recently robbed by thugs, when an outstanding citizen did what most people wouldn’t and decided to intervene.

Brenda Vasquez, who witnessed the incident, reported what she say to KHOU TV.

“This lady opens her car door, grabs the woman’s purse and they reverse,” she began. “While they’re trying to reverse, the lady is holding on to her purse still, chasing them all the way to the middle.”

That’s when a Good Samaritan decided to step in.

“And that Good Samaritan came out, drew his weapon, and scared them,” Vasquez continued. “And that’s when he pulled them out of the car.”

Fortunately, he was able to keep the criminals held at gunpoint until police were able to show up on the scene.

This is why we have our Second Amendment rights, to protect ourselves and protect innocents against the bad guys that are very much real in our world no matter what liberals say to the contrary.

A Mob Of ’40 or 50′ Surrounded A Cop. Then A Good Samaritan With A Concealed Carry Permit Engaged… 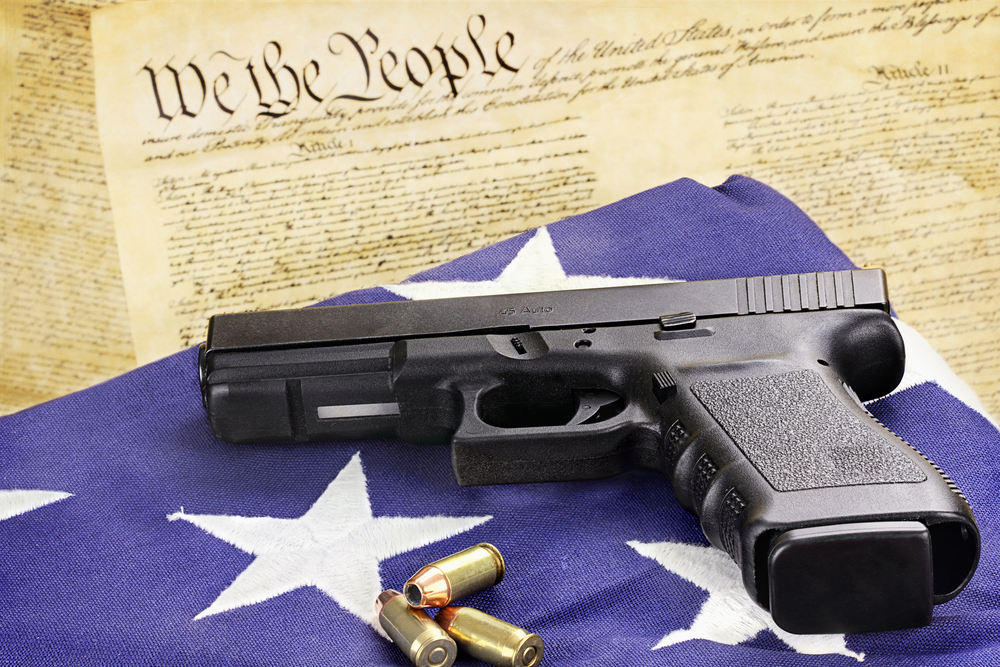 “As he breaks up the fight, he takes one kid and then the other jumps [on] him. Now he’s fighting two of them and he’s calling for an assist officer at the same time,” Chitwood said. “There’s a crowd of 40 or 50 kids watching the fight, and they all move in towards the officer.”