Hundreds of immigrant youth descended upon the Hart Senate building Thursday afternoon, gathering in mass protest of the Trump administration’s decision to rescind the Deferred Action for Childhood Arrivals Act.

The immigrants gathered in the Capitol to demand that members of Congress pass legislation for DREAMERers and DACA recipients.

Students across the U.S. staged organized walkouts and rallys Thursday in protest of the Trump administration’s decision to rescind DACA.

Another group, the UndocuBlack Network, joined in on Thursday’s Capitol protests. UndocuBlack describes themselves as a “multigenerational Network of Black undocumented people organizing our communities and building power.”

Content created by The Daily Caller News Foundation is available without charge to any eligible news publisher that can provide a large audience. For licensing opportunities of our original content, please contact [email protected].

Below is an excerpt from CNN about What a dreamer is….

Will hundreds of thousands of young undocumented immigrants lose protection from deportation?

That decision is up to Congress, the Trump administration says.
Attorney General Jeff Sessions announced in September that the administration was rescinding the Deferred Action for Childhood Arrivals (DACA) program. 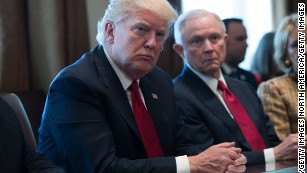 Trump ends DACA, but gives Congress window to save it
Pulling the plug on DACA overturns President Barack Obama’s signature immigration policy and could upend the lives of more than 700,000 people.
But the Trump administration gave Congress a window to act before any currently protected individuals lose their ability to work, study and live without fear in the US.
Here’s a look at some key questions about the program and its future:

Who’s been protected by DACA?

These are undocumented immigrants who were brought to the United States as children, a group often described as Dreamers.
About 690,000 young adults are currently protected under the DACA program and officials are processing more than 34,000 additional first-time applications, according to the latest government figures. 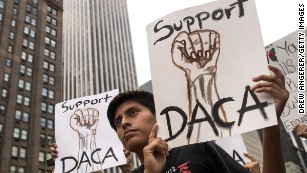 5 DACA myths debunked
To be eligible, applicants had to have arrived in the US before age 16 and have lived there since June 15, 2007. They could not have been older than 30 when the Department of Homeland Security enacted the policy in 2012.
Among the accepted applicants, Mexico is by far the biggest country of origin, followed by El Salvador, Guatemala and Honduras.

What does DACA do for them?

DACA recipients have been able to come out of the shadows and obtain valid driver’s licenses, enroll in college and legally secure jobs. They also pay income taxes.
The program didn’t give them a path to become US citizens or even legal permanent residents — something immigrant rights advocates have criticized, saying it left people in limbo.

How long does the deferral last?

Under DACA, Dreamers were able to apply to defer deportation and legally reside in the US for two years. After that, they could apply for renewal.
The Trump administration put an end to new DACA applications in September and accepted renewal applications for another month.
Now officials say they aren’t accepting any more applications. But they say they’ll consider requests from residents of the hurricane-ravaged US Virgin Islands and Puerto Rico on a case-by-case basis.
That means if Congress doesn’t act, starting March 6, as many as 983 undocumented people could lose their protected status every day — nearly 30,000 people a month, on average, for two years — as DACA recipients’ permits start to expire.

So what’s the administration planning to do?

The Trump administration says it’s phasing out DACA in a way that will provide “minimum disruption.”
For current DACA recipients, protections remain in effect — for now.
According to officials:
• Work permits issued under DACA will be honored until they expire.
• New DACA applications that were received by September 5 and renewal applications received by October 5 will be processed.

What has Trump said about DACA? 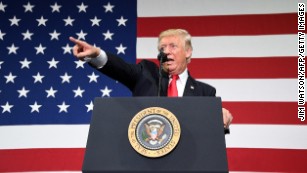 Trump’s twists and turns on DACA 01:28
When it comes to talking about Dreamers and DACA, Trump has been all over the map.
He vowed to dismantle the program on the campaign trail, but once he took office he suggested he might take a softer stance.
Even after his administration announced its plans to end the program, Trump seemed to signal a desire for Congress to step in and save it, tweeting: “Does anybody really want to throw out good, educated and accomplished young people who have jobs, some serving in the military? Really!”
But the White House also has released an aggressive list of priorities for any deal to protect DACA recipients — a list that could make a deal almost impossible to reach if it is strictly followed.
The administration is already sending mixed messages about how intensely it’s getting behind the list of priorities, and most players on Capitol Hill are taking a wait-and-see approach.

Is there any hope now for Dreamers?

Some lawmakers have proposed a bipartisan measure that could protect Dreamers from deportation now that the Trump administration is ending DACA. A pair of Senate Republicans also have unveiled a proposal that they call a conservative approach to protecting DACA recipients. 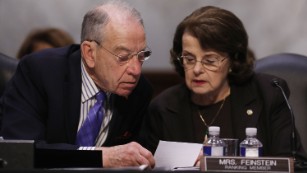 Senators’ frustration with Trump on DACA bubbles up at hearing
But a number of past efforts to protect the Dreamers — widely seen as the most sympathetic group of undocumented immigrants — have stalled in Congress, and it’s unclear whether a new initiative would be able to gather the momentum it needs to pass.

Why did the Trump administration decide to end DACA?

Over the summer, 10 state attorneys general wrote to the President asking him to end DACA and giving him a September 5 ultimatum.
Their message: Rescind DACA, or get prepared for a legal challenge from us.
The move was praised by groups who advocate for stricter immigration controls, who have long decried DACA as executive overreach and argued that it is akin to providing amnesty for lawbreakers.
Immigrant rights activists had said the attorneys general gave Trump what amounted to a false deadline, calling on the administration to stand its ground and keep the program in place.
But in September, Trump administration officials said their hands were tied. They described the program as unconstitutional and something they could not successfully defend in court.