Florida is one of 27 US states allowing children of any age to be married if their parents give permission.

A WOMAN has opened up about her horrific ordeal of being forced to marry her rapist at age 11 after she became pregnant with his child.

(NOTE: the picture depicted with this article is not Sherry Johnson)

Sherry Johnson alleges members of her family’s church raped her four times when she was a child.

Aged only 10 she became pregnant.

Because of her age local authorities started to investigate.

But Ms Johnson alleges her family tried to safeguard her rapist by forcing her to marry him.

Amazingly, Florida is one of 27 US states which allows kids of any age to be married if their parents OK it.

Ms Johnson told The New York Times: “My mom asked me if I wanted to get married, and I said, ‘I don’t know, what is marriage, how do I act like a wife?’”

“She said, ‘Well, I guess you’re just going to get married.’”

She said the marriage stopped her from going to school.  In the end she gave birth to nine children.

“It was a terrible life,” Ms Johnson said.

Her horrific story is now laid bare in a book called, Forgiving the Unforgivable.

After reading it Florida state Representative Cynthia Stafford has decided to try to ban child marriage.

“Marriage is an adult responsibility.” 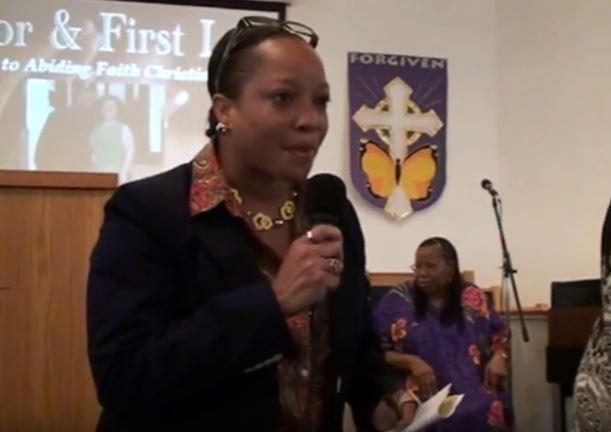 The rapist, the parents, and everyone else involved should be arrested and thrown in prison for ruining a life.  These people used a state law to cover up a statutory rape, and forced a young girl into a life she didn’t choose or want.


Previous Woman Bans All Muslims From Her Business; Here's How That Worked Out For Her

Next If You're A White Person In Portland, You Can't Sell Burritos Anymore