The topic of conversation was jihad and hate for Ahmadi Muslims who they consider to be as bad as Jews and Christians.

These Muslims acknowledge that they are in a ‘Holy War’ against non-believers but we have refused to see it.

Groups of Sunni Muslim extremists gathered in a Holiday Inn in northern Virginia over the weekend and called for followers to wage jihad—or holy war—against infidels.


YES, in AMERICA! no Iran or Syria.

“Because Islam is being attacked from all corners, we as Muslims should work together. But glory be to Allah, we have decided not to support anything [Ahmadi Muslims] say,” Mufti Shazad Hussain, an imam in Virginia who addressed the participants, was quoted saying.

The event, titled “Final Prophet Conference,” was primarily a recruitment and fundraising effort, with a special focus on young Muslim Americans. 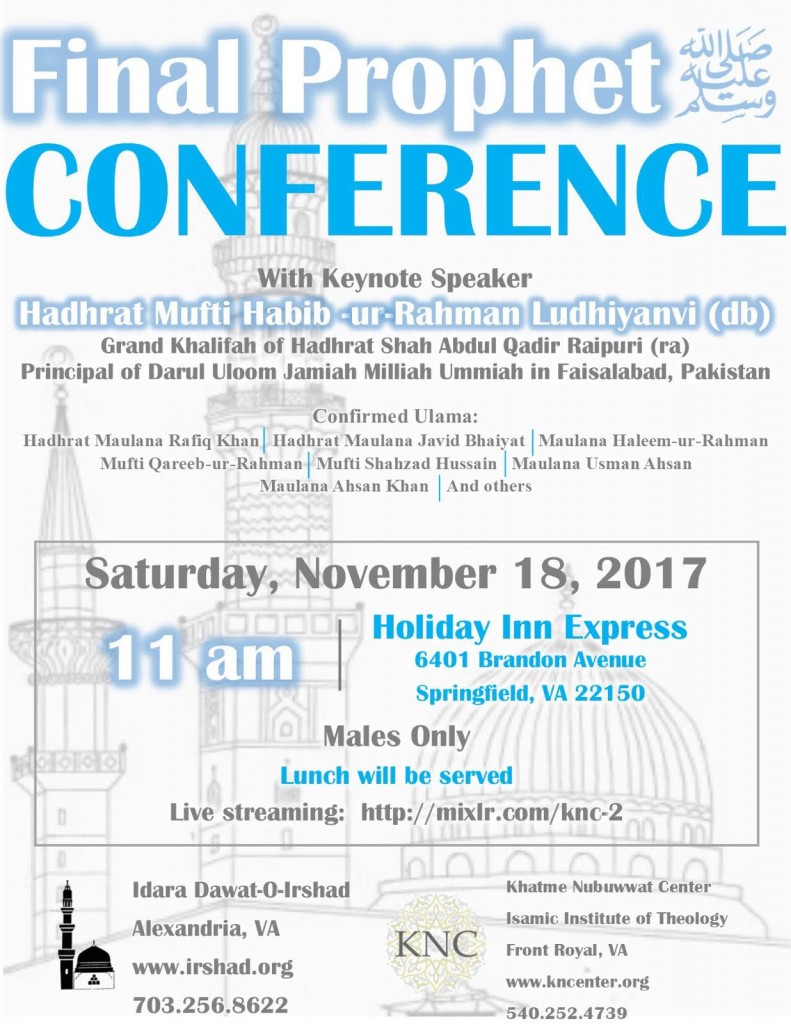