In one epic rant, a wounded vet makes it clear what really matters in life, getting off your ass and making life happen. Letting your problems rule you permanently is a choice and he is definitely one to talk. Derek Weida took a bullet to the side of his knee in 2007 when he was serving as a Paratrooper in the United States Army. After 18 months of rehab and physical therapy, Weida attempted to rejoin his unit. He was denied and medically retired. He eventually fought depression, alcohol and suicidal thoughts before making the decision to amputate his leg.

Weida now competes in many crossfit events and operates and owns a nonprofit organization aimed at helping fellow veterans. He also has zero tolerance for people who complain about meaningless problems and is the proud owner of a new sweater.

Call it a shot in the dark, but we’re guessing veteran Derek Weida isn’t the biggest supporter of safe spaces or those who are easily offended. He happened across the above photo, where a girl claims Target trivialized her OCD and “sold her disorder as a fashion statement”, which is kind of ludicrous since, you know… Target is known for selling punny sweaters. Derek wasn’t the biggest fan of her issues and decided to respond. 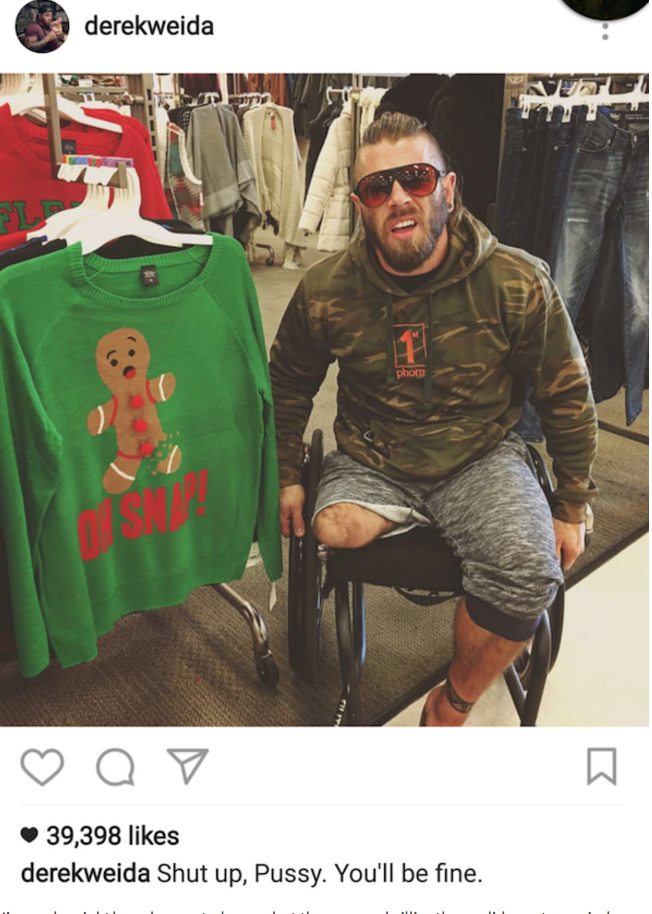 His words might have been a tad crass, but they were a brilliantly candid way to remind someone to toughen the fuck up.

Before you rake him over the coals for responding “harshly”, a quick look at his website or Instagram will help you understand what kind of man Derek is.

Despite missing most of one of his fucking legs, Derek has not let his circumstances dictate his life. 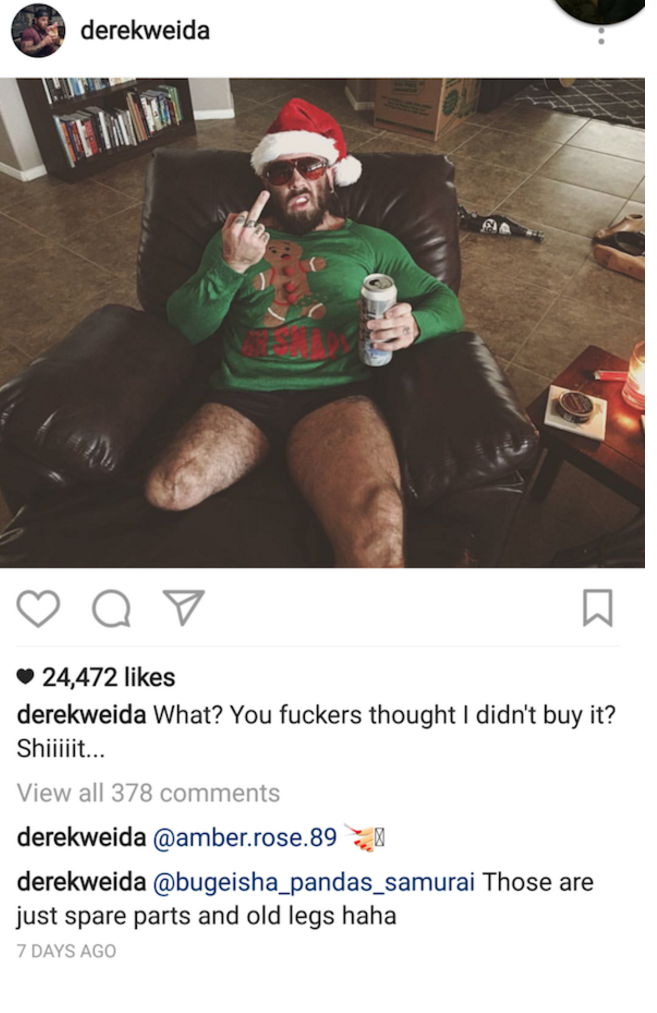 Previous Mother In HOT WATER After Posting This Selfie [PHOTOS]