A woman had been suffering from severe abdominal pain and acid reflux for months. When she finally sought medical attention, doctors found a whopping 360 stones in her gallbladder.

Mousumi Dam, 49, of West Bengal, got jaundice last month, the Daily Mail reported. She consulted a doctor and tests revealed she had a severe case of gallstones. 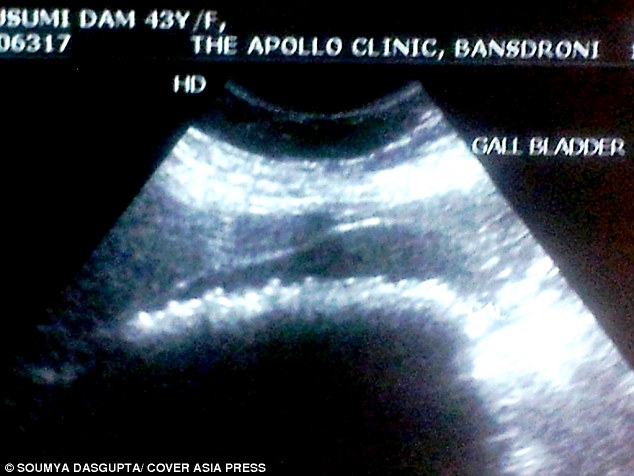 Dam was referred to the Institute of Post Graduation Medical Education and Research Institute in Kolkata, where doctors removed 360 stones from her gallbladder during an hour-long operation.

“I’ve worked as a doctor for nearly 37 years but I’ve never seen so many stones packed in a gallbladder,” said Dr. Makhan Lal Sasha, 59, who is a professor of surgery at the hospital. “This is the first time in the medical history of West Bengal that anyone has had a surgery to remove 360 stones.


Dam’s case was so severe that Dr. Sasha said he had to remove the gallbladder itself.

“The stones were 5mm in size and it took me 50 minutes to take out every stone,” he said. “In fact, my hands were numb by the time I removed the last stone. Surprisingly all the stones had [the] same size and shape.”

Sasha is working with his team of doctors to determine the cause of Dam’s bizarre case of gallstones. 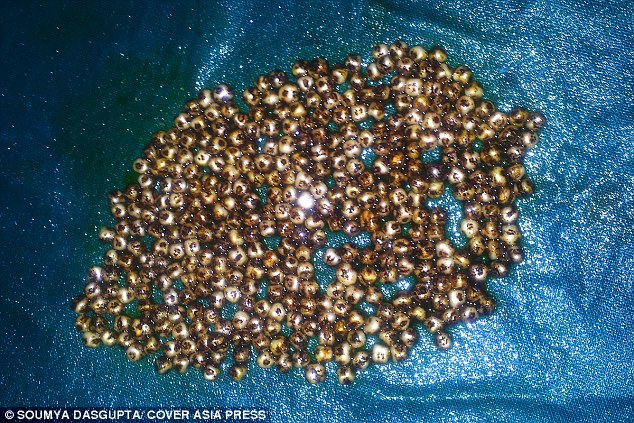 “It’s difficult to determine the main cause of such a huge amount of gallstones but it could be due to a very high amount of cholesterol in her bile,” the doctor said. “Also if the patient doesn’t drink enough water that can cause the formation of stones.”

Dam was discharged from the hospital three days after her surgery and is currently recovering at home. She was asked if she wanted to keep her stones in a glass jar, but declined.


Previous 22 Mugshots So HOT, They Could Be Model Shots