This admirable girl does it the way it should be done…

A Brazilian model who lost her leg after she was hit by a drunk driver refuses to let her disability get in the way of her modelling career.

Paola Antonini France Costa, 21, from Belo Horizonte, continues to wow on the catwalk sporting a prosthetic leg and has earned more than 600,000 followers on Instagram with her stunning shots that see her swimming, laughing and skateboarding despite her disability.

The model lost her leg in a car accident just after Christmas in 2014 as she packed her car to head off to the coast for New Year’s Eve.

Paola’s left leg was crushed and despite four attempts to save her limb, it had to be amputated below the knee.

Recalling the incident in an interview with Brazilian news site Veja BH shortly after it happened, she said: ‘I’d never felt such intense pain in my life.’

‘I chose not to look to see the size of the damage, but I knew it was serious.’

Paola had just begun learning to walk again when she was forced by medical advice to have her amputation extended to above her knee.

However, despite the devastation of a second amputation, the model made the decision not to hide her prosthesis from anyone.

She said: ‘I want to be a model for other amputees.’

Paola has certainly managed that as she is a favourite on the runway in Brazil.

She also proudly posts photos on Instagram showing off her new prosthetic leg in bikini shots.

She has racked up 607,000 Instagram fans who are in admiration of her unstoppable passion for life and bravery.

One user commented: ‘You are my warrior, if only everybody had your energy.’ 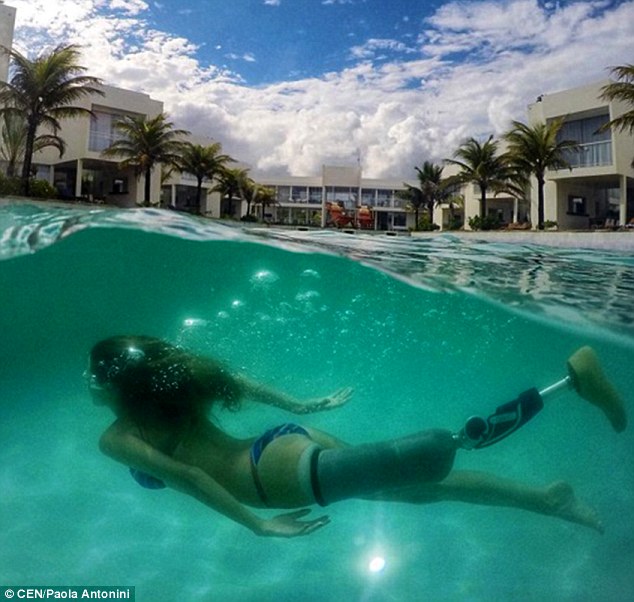 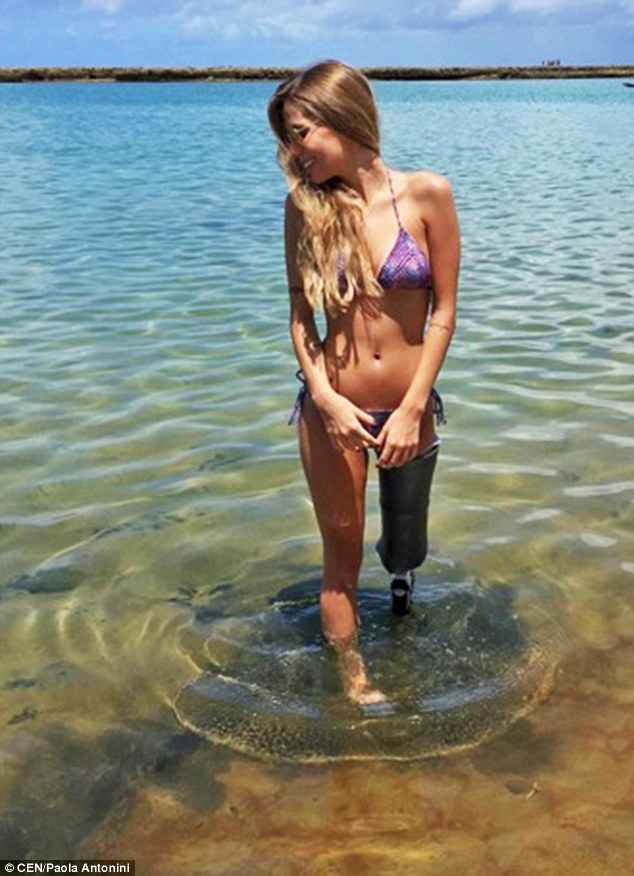