I almost don’t know whether to feel sorry for the guy, or pat him on the back for sticking to a life of celibacy and saving women the pain. Roberto Esquivel Cabrera has chosen that being known as having the world’s largest dick is far better than a sex life after refusing reduction surgery that would keep him from puncturing lungs. Cabrera continues to revel in the fame that his almost 20-inch cock has brought him.

Unfortunately, Guinness Book of World Records does not recognize this kind of record. But here are some of the things he could have found himself up against.

LB has the story: 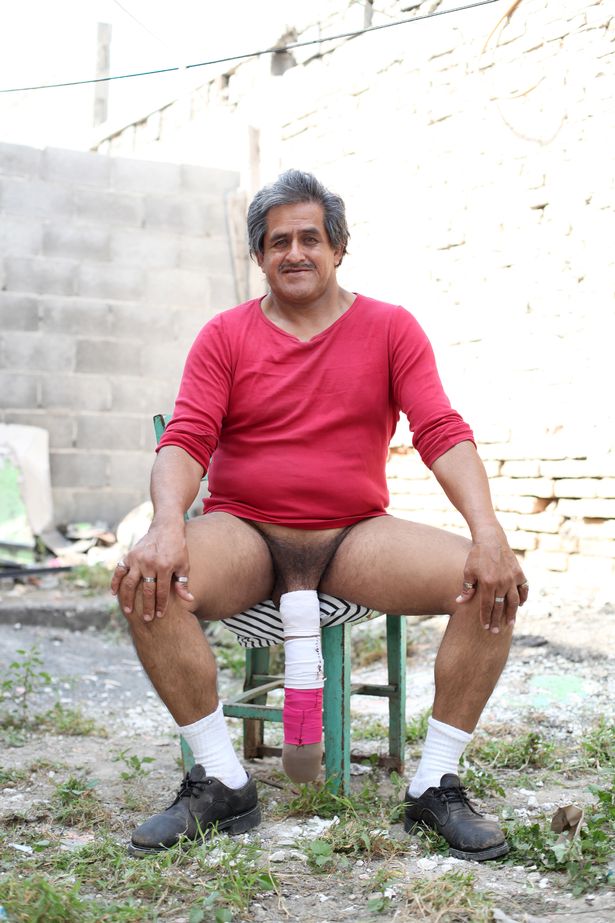 “This is my garden.” Credit: Barcroft

“I am happy with my penis, I know nobody has the size I have,” he said. “I would like to be in the Guinness Book of Records but they don’t recognise this record.”

His penis, which looks more like a baby elephant’s trunk, has its own sleeves made up of bandages and hangs just below his knees, meaning he can literally play keepy-ups.

“We have advised him, ‘Mr Roberto, the best thing for you is that the doctors give a normal shape to your penis so that it doesn’t hurt you, in order to have sexual relationships, in order to have children’,” Doctor Jesus David Salazar Gonzalez said. “But he doesn’t accept it, he’d rather have a penis bigger than the rest of the people.

“In Latin culture whoever has the bigger penis is more macho.

“It’s something that makes him different to the rest of the people and makes him feel special.”

I guess you can understand him wanting to keep his third leg, but it must land him in some awkward situations from time-to-time.

Getting through airport security must be a right pain in the arse, given that it’ll look like he’s trying to smuggle a concealed weapon into another country, but when he says, ‘Nah, mate, it’s just my dick’ he’ll never be believed.

Roberto has apparently been obsessed with the size of his manhood since an early age, with doctors determining that he performed his own ghetto ‘enlargement’ surgery in his teens, stretching it with weights. 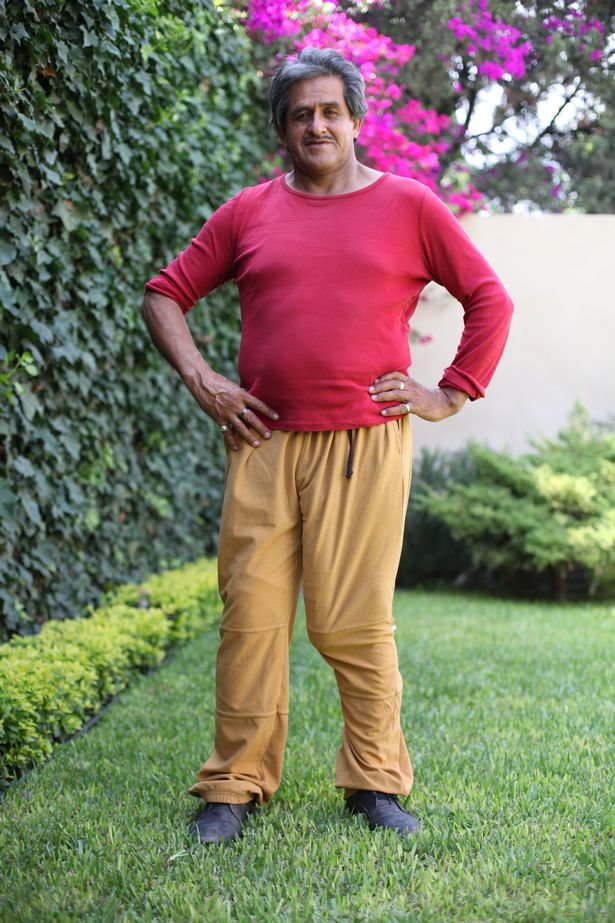 “Cinemas always accuse me of sneaking tubes of Pringles into films.” Credit: Barcroft

The 54-year-old has to rest his middle stump on a pillow when he sleeps due to the discomfort, and he faces many health risks such as frequent urinary tract infections because not all his urine escapes his lengthy foreskin.

“Some people ask me if I put some condoms on it and the answer is: I cannot. I can never penetrate anyone because it is too thick,” he says. 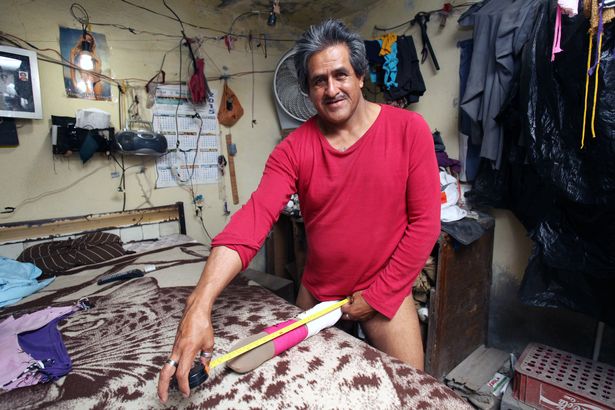 The Mexican actually qualifies for disability benefits because his penis restricts his job opportunities and he relies on food banks to live.

He says: “I cannot wear a uniform like anybody in the [work] companies and also I cannot get on my knees.

“I cannot run fast and so the companies think badly of me. They say that they will call me, but they never do.

“Every four months the [government] give me some economic assistance but it is not enough.

“I visit the food banks every day to take my meals at 12 ‘o clock.”

Despite not being able to find a suitable partner, Roberto wants his penis to remain the same but he plans to move to the USA permanently in the hope that’ll he find a woman who is ‘the right size’ for him.

“I don’t feel sad because I know in the USA there is a lot of women,” he explains. “One of them will be the right size for me.

“And the people are not like over here, they are more liberal. They don’t care about what I have in my pants.” 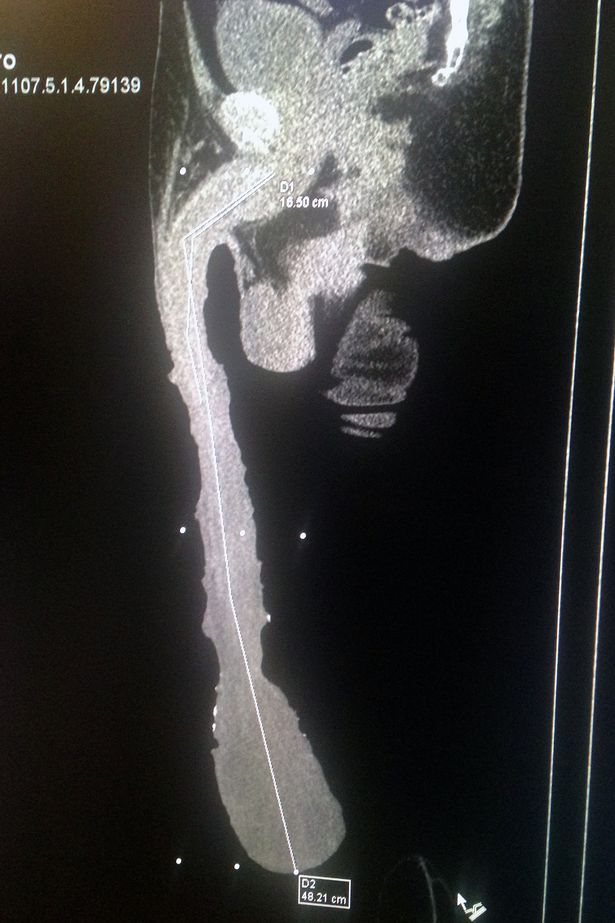