According to [DudeComedy] If you had to guess what the next job for a teacher who got caught banging her student was, what would you choose?

If you answered A, B, or C you need to stick to watching YouTube prank videos because you will believe anything! Of course it was D! Would I be taking the time out of your day if this post was about an ex-teacher turned truck driver?! Maybe on another site, but here WE WANT STRIPPERS!

According to UniLad: The 24-year-old female high school teacher from Iowa who was arrested has taken up lap dancing.

Mary Beth Haglin turned herself into the police back in July.

In an interview with Dr. Phil, she announced that she firmly believes it was he who seduced her and not vice versa.

He would come into my classroom, grab a Post-It, write something and stick it to my desk on his way out. One read, ‘I love you so much, my empress’. He would always call me ‘my empress’.

He did so with such intelligence and such an elevated vocabulary that I was completely duped by the whole facade.

Now she is a lap dancer at a local gentlemen’s club.

Here she is working on her new craft: 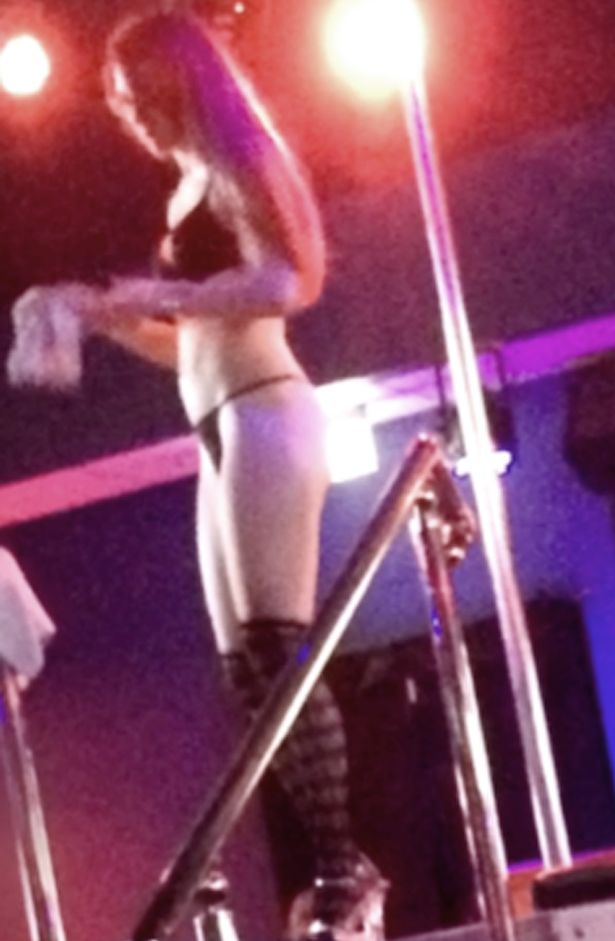 She is set to be tried on November 14 and if convicted, Mary Beth will face up to two years in prison and will become a registered sex offender.

Next "Glee" Actress After Aborting Husband's Baby: .... "Sorry Not Sorry"