As Reported by GP:

Shocking photos posted to Twitter of a CBS News reporter and students who survived last Wednesday’s high school massacre in Parkland, Florida that killed seventeen students and faculty, show the reporter and students laughing uproariously and posing for the photos like they are partying rock stars.

The photos featuring CBS reporter Gisela Perez and the students were posted by CBS This Morning staffer Caroline West and student activist Cameron Kasky. The photos come off as if they were promo stills for Glee: The High School Massacre.

Following the publication of the TGP article, CBS’s Caroline West deleted the tweet with the photo. 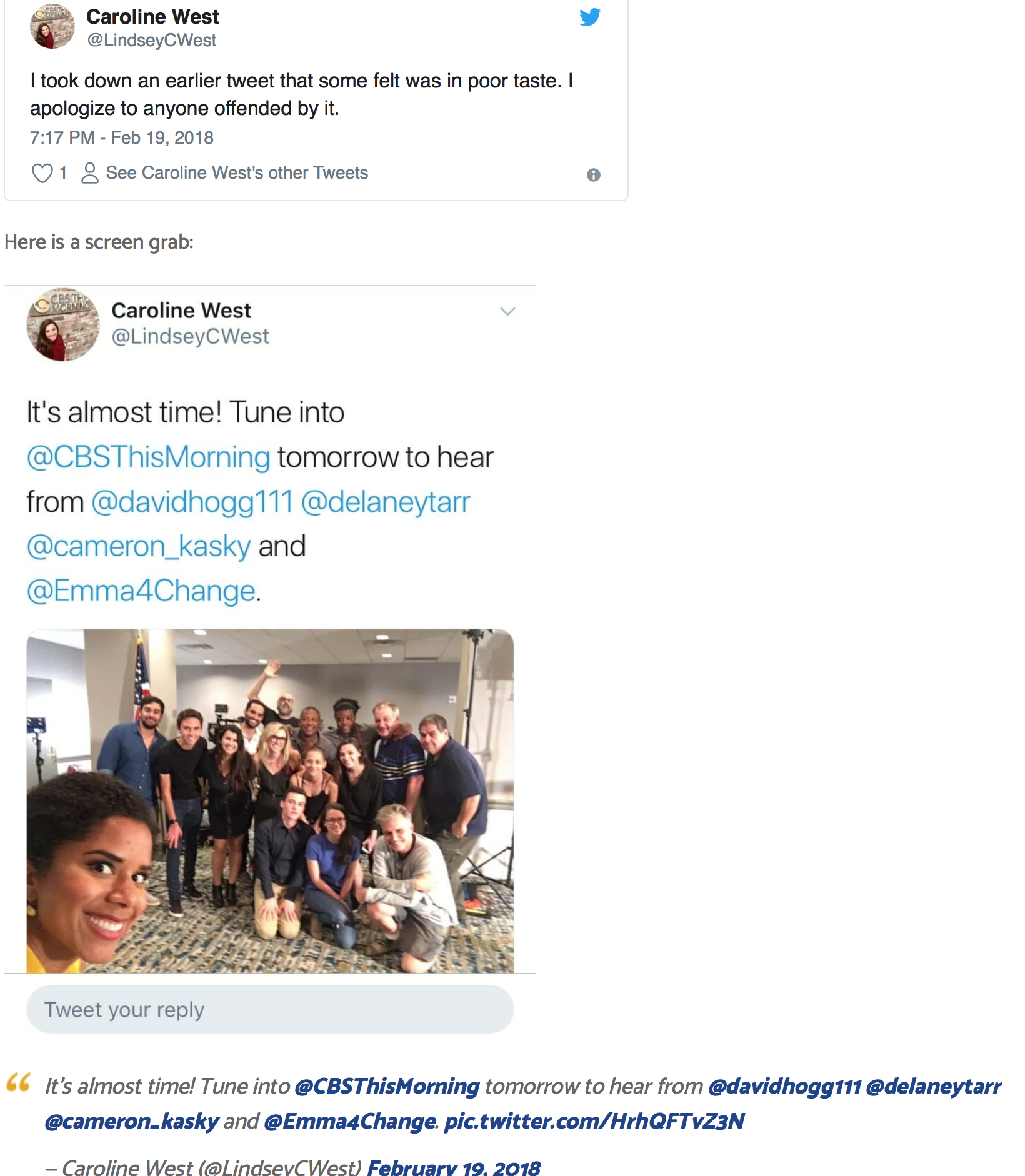 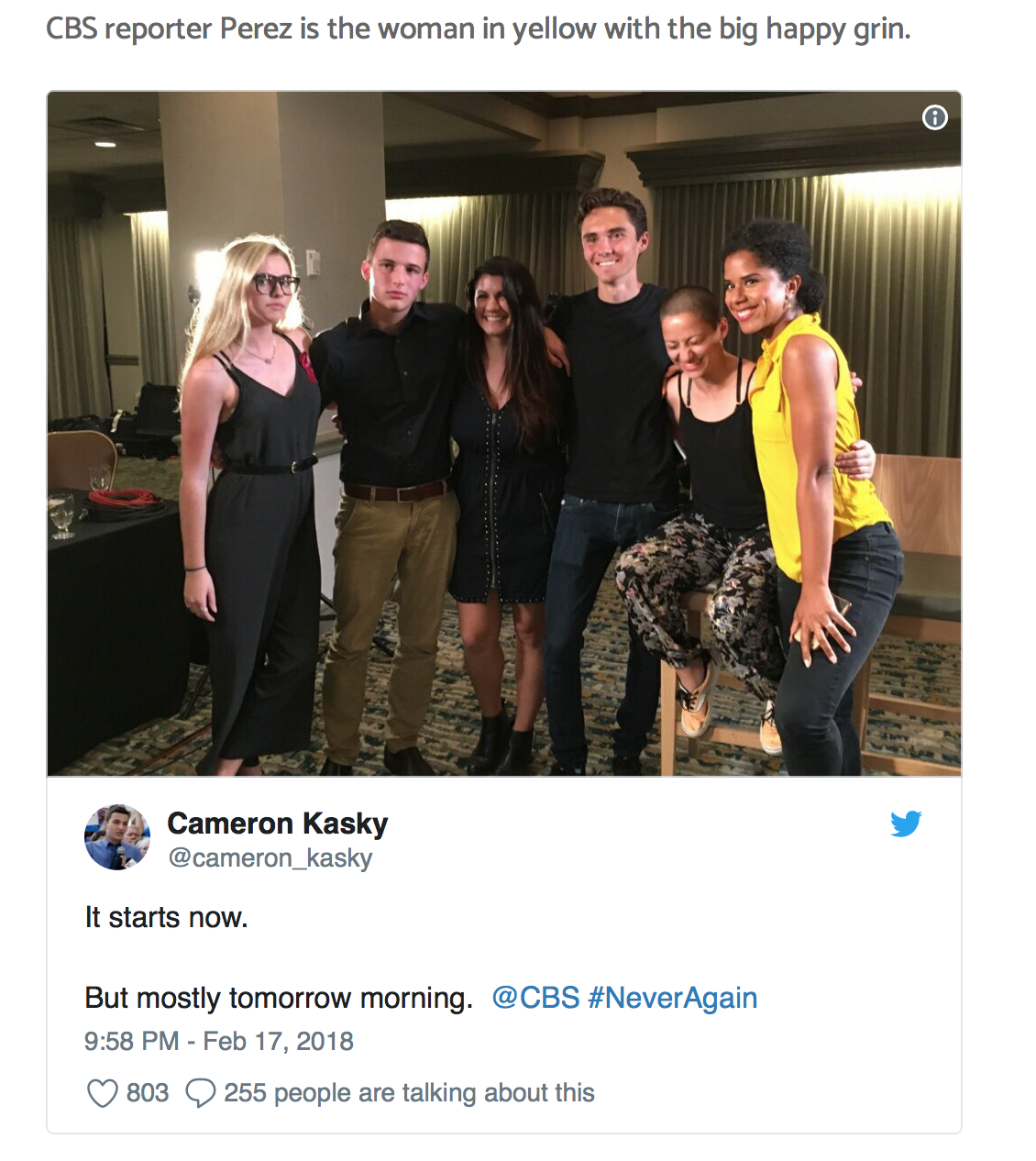 These photos were taken over the weekend on the set of an interview taped for broadcast Monday morning. This means the students were only three or four days out from surviving a massacre in their school. In just a few days they have become celebrated heroes of the anti-Trump resistance and are acting and being feted like rock stars. In fact rock stars (or a pop star in this case) are reaching out to them, “I just want to thank @justinbieber for being so kind to our movement since last night. He and I had some trouble because my third grade girlfriend was much more interested in him than she was in me, but he and I have gotten over that. We have each other. #NeverAgain”

These three tweets by the students were retweeted by reporter Perez. 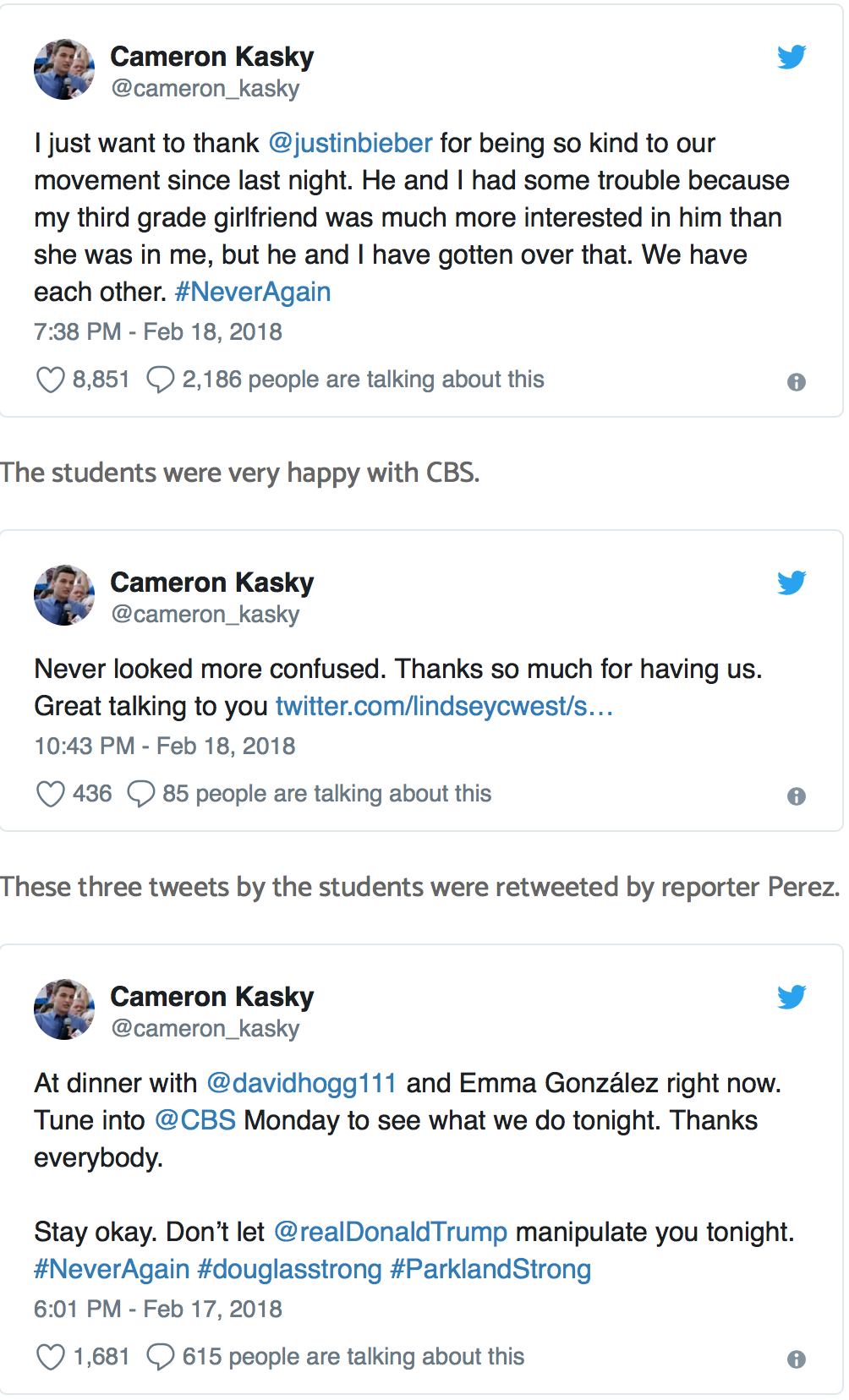 Student activist Kasky mentions the students have “practiced” in a reply to someone concerned they will be taken advantage of by President Trump, “We’re not afraid of people trying to exploit us. We’ve practiced. We know their slimy tactics. Thankfully, most news networks we’ve worked with are interested in telling the right stories. I am eternally grateful for that. Keep an eye out. Thank you” 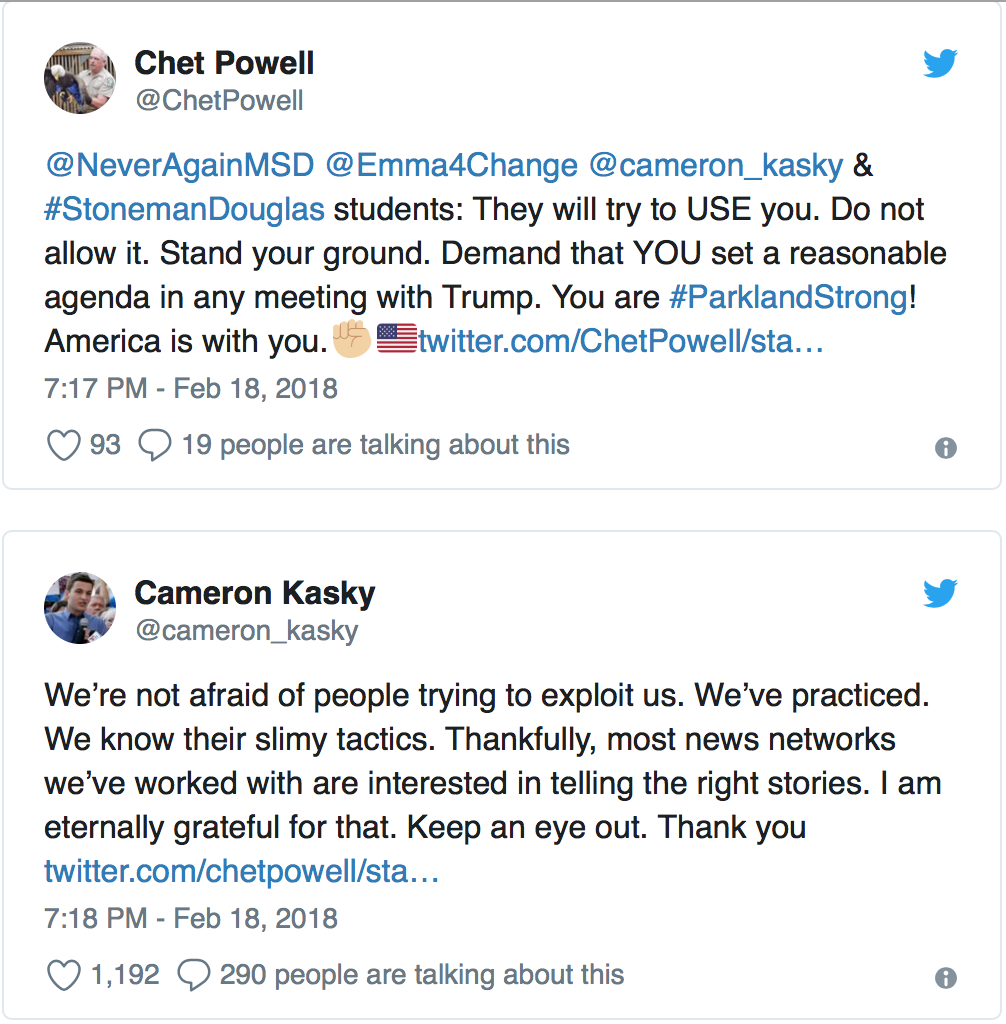 Speaking of practice, here’s a video clip of a student speaking a perfectly practiced extended sound byte for British television–just days away from surviving a school massacre.

Students caught in the Florida Shooting plan to march on Washington to campaign for gun reform. Alex Winds, a student at the school where 17 died says ‘we will demand change, we will demand action.’ pic.twitter.com/vG5jYkeuXY

The bug on the screen says the interview was ‘live’ indicating it was way past midnight in Florida. Who is booking these kids for round the clock interviews as if this is the closing weeks of a presidential campaign? Again, this is just days out from a massacre and these kids are being prepped, paraded and partied with–leaving them no time to grieve.


Previous EXPOSED: Guess Who The Father of The Trump Bashing Shooting Survivor Is.... [WATCH]