A stone knife, mastodon bones and fossilized dung found in an underwater sinkhole show that humans lived in north Florida about 14,500 years ago, according to new research that suggests the colonization of the Americas was far more complex than originally believed. 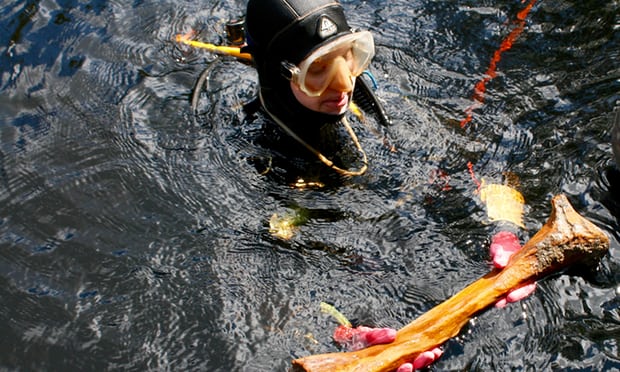 Archaeologists have known of the sinkhole in the Aucilla river, south of Tallahassee, for years. But they recently dived back into the hole to excavate what they call clear evidence that ancient mankind spread throughout the Americas about 1,500 years earlier than previously thought.

Almost 200ft wide and 35ft deep, the sinkhole was “as dark as the inside of a cow, literally no light at all”, according to Jessi Halligan, lead diving scientist and a professor at Florida State University at Tallahassee. Halligan dived into the hole 126 times over the course of her research, wearing a head lamp as well as diving gear. 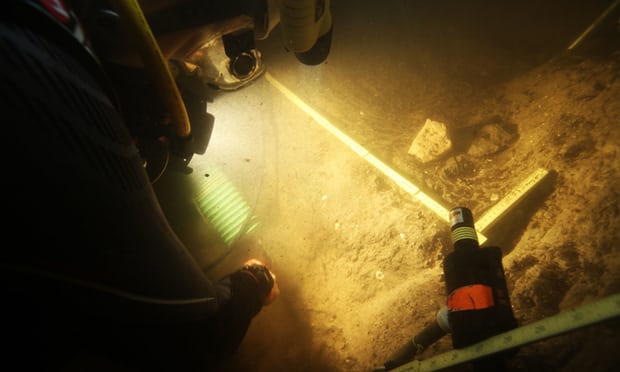 In the hole, the divers found stone tools including an inch-wide, several inch-long stone knife and a “biface” – a stone flaked sharp on both sides. The artifacts were found near mastodon bones; re-examination of a tusk pulled from the hole confirmed that long grooves in the bone were made by people, probably when they removed it from the skull and pulled meat from its base.

Next Farmer Working His Land Spotted Something In The Dirt, Started Digging and Now has The World Amazed!